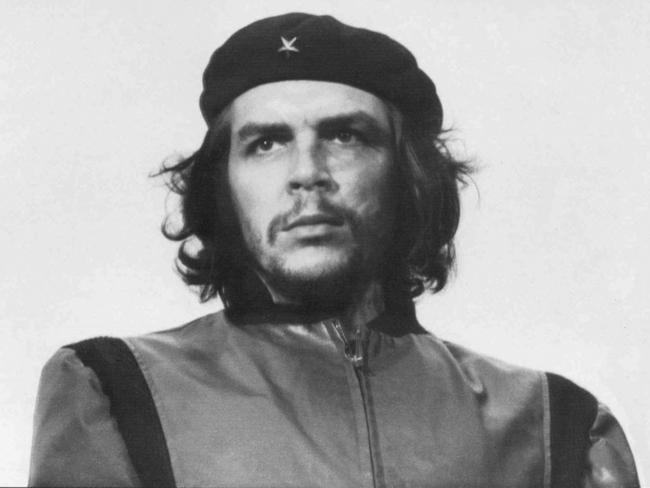 OLLIE HOPKINS writes in the Morning Star on the life, times and legacy of the revolutionary hero Ernesto ‘Che’ Guevara

HALF a century ago, on October 9 1967, Ernesto “Che” Guevara, was assassinated by Mario Teran, a Bolivian army officer, following orders from the CIA. The Argentinian-born Cuban revolutionary hero died leading a guerilla struggle against the US-backed Bolivian military regime of Rene Barrientos, eight years after playing a leading role in the Cuban revolution.

Commemorations will take place in Cuba and in Vallegrande, Bolivia, where Che’s remains were buried before being returned to Cuba in 1997.

Cuban first vice-president Miguel Diaz-Canel will attend as well as Che’s four children, who all live in Cuba. Aleida Guevara, Che’s eldest daughter, will also be in Britain and Ireland for a speaking tour in November to mark the anniversary.

Over the last 50 years, Che’s image has become a globally recognised symbol, seen by millions the world over as the embodiment of the Cuban revolution and the struggle for a better world.

The enduring legacy of the Cuban revolution has been at the heart of the longevity of Che’s legend.

It has delivered sovereignty, dignity and independence to the Cuban people, with achievements including free and universal healthcare, education and social care, despite all the difficulties imposed by the US blockade.

Che said Cuba “is one of the places where the principles upholding the right of small countries to sovereignty are put to the test day by day, minute by minute.”

The US has certainly put Cuba’s sovereignty to the test, with the blockade, the Bay of Pigs invasion, subversion, assassination attempts on its leaderships, regime change attempts, the deliberate introduction of dengue fever onto the island, and US-backed groups have carried out terrorist attacks, killing over 3,400 Cubans. But Cuba has defied all the odds and successfully resisted these attacks from its superpower neighbour.

The island continues to be a beacon to the global south, with its spirit of internationalism and an unwavering resolve to make Che’s vision of “another world is possible” a reality.

Che, a qualified doctor, dreamed of a world in which medics would use their expertise “in the service of the revolution and the people.” Cuban medics have led by this example.

The country’s health internationalism began in 1960, following an earthquake in Chile. Cuban medics were sent beyond Latin America for the first time in 1963, to Algeria, following a request from the government.

From the mountains of Kashmir, to the Amazon rainforest, Cuban medics have saved lives all around the globe, with more than 325,000 professionals sent to 158 countries since the revolution.

It is a testament to the morality the revolution that almost 40 years after murdering Che, Cuban doctors performed a cataract operation on Mario Teran, restoring his eyesight, as part of the “Operation Miracle” programme.

Teran is one of the six million people in Latin America whose eyesight has been restored by the programme, free of charge.

Why is Che still so important today? Beyond his unique abilities as a guerrilla, a doctor and a government minister, his analysis of US imperialism is as important today as it was over 50 years ago. Much of Che’s iconic speech at the UN in 1964 can be applied in 2017. He called for “a halt to the economic blockade” and for “withdrawal from the Guantanamo naval base and return of the Cuban territory occupied by the United States.”

He also highlighted the hypocrisy of US intervention in Latin America taking place under the guise of “freedom,” while it continued to oppress its own African-American and Hispanic communities.

“It must be clearly established,” he said, “that the government of the United States is not the champion of freedom, but rather the perpetrator of exploitation and oppression against the peoples of the world and against a large part of its own population.”

During Che’s brief time in New York at the UN, two terrorist attacks on him failed — a snapshot of the constant attacks that Cuba has endured since the revolution.

A woman attempted a knife attack on his entrance, and while he was delivering his speech, three men fired a bazooka at the UN headquarters, falling just short.

The New York Times reported how the blast was clearly heard in the hall, but Che, “paused not a moment in his speech.” True to his word, Che never gave an inch to imperialism.

According to the US State Department, the motive of the blockade was to “create hunger, desperation and the overthrowing of the Cuban government.”This has clearly failed, and Che noted how the policy of economic warfare instead led to “a national awareness and fighting spirit within the Cuban people to overcome.”

Over 50 years later, through Cuba’s resistance and international solidarity, the US blockade now faces international condemnation.

Next month, on November 1, the UN general assembly will vote for the 26th consecutive year on Cuba’s resolution to end the blockade.

One hundred and ninety-one countries are expected to vote in favour, with only the US and Israel to vote against, following US President Donald Trump’s new hard line on Cuba.

Cuba’s report to the UN notes how the blockade has cost the Cuban economy over $822 billion in damages. It continues to cause shortages in all aspects of life.

So much has changed in the world in the last half a century, but the blockade remains in place, an outdated cold war relic.

In addition to the huge economic impact on the island, its extraterritoriality continues to affect countries all over the world, including Britain — an affront to British sovereignty.

Cuban students are currently banned from enrolling at the Open University due to US legislation and the Cuba Solidarity Campaign had its Co-operative Bank account closed in 2015 due to fear of the US Treasury Department’s Office of Foreign Assets Control (OFAC) fines. British banks have paid huge multimillion-dollar fines to OFAC due to blockade legislation.

In the summer of 2015, diplomatic relations were re-established between the US and Cuba, following former president Barack Obama’s rapprochement — but the blockade remained in place.

Trump’s arrival in the White House has led to the blockade being tightened further, and last week he reduced the US diplomatic staff in Havana by 60 per cent and expelled the same percentage of Cuban diplomats from Washington. US hostility to Cuba is again on the ascendance.

Throughout the last half century, and the diplomatic negotiations the last few years, Cuba’s position has remained the same; the blockade must be lifted and the US must respect Cuba’s sovereignty.

Che’s words from an ABC interview in 1964 remain pertinent. When asked: “What would you like to see the United States do, as regards Cuba?” He replied: “Nothing. Nothing in all respects. Nothing for or against us. Just leave us alone.”