The Death of Che Guevara Declassified 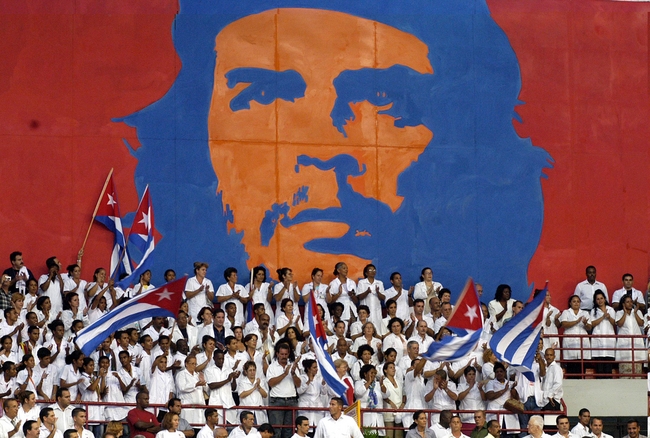 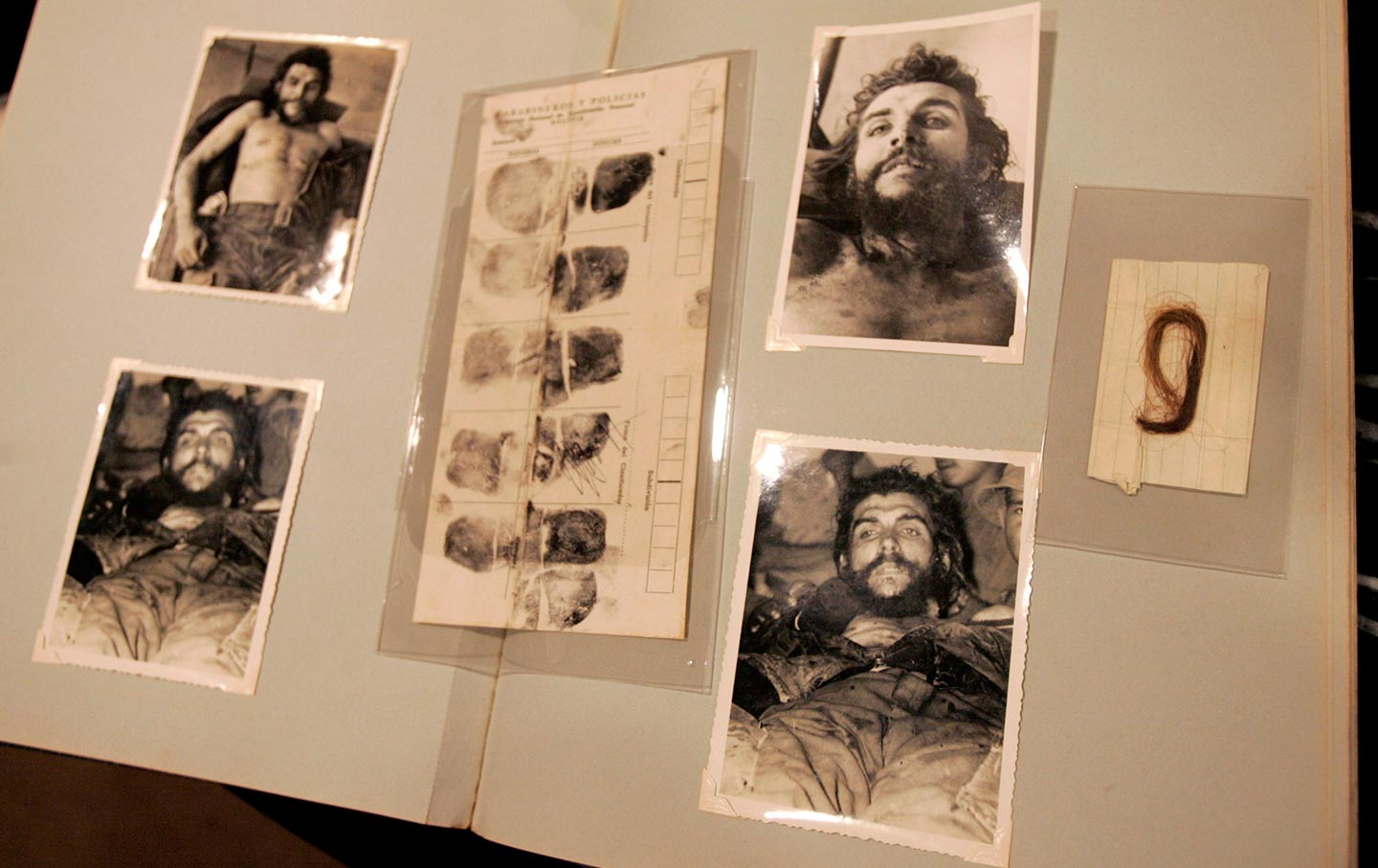 About 10 years ago, I traveled with the producers of the Hollywood film on Che Guevara—starring the actor Benicio del Toro and directed by Steven Soderbergh—to Miami to obtain further information for the movie about the circumstances of Che’s execution. At a restaurant in Little Havana, the stronghold of the anti-Castro exile community in the United States, we met with Gustavo Villoldo, who had been the senior Cuban-American CIA operative assigned to Bolivia in 1967 to assist in tracking down and capturing the iconic revolutionary. Villoldo arrived carrying a thick white binder, filled with memorabilia of Che’s execution on October 9, 1967—original photographs, secret telexes, news clips, and even the official fingerprints taken from Che’s dead hands. The scrapbook recorded the historic results of the CIA’s covert efforts to train and assist the Bolivian special forces in eliminating Che and his small band of guerrilla fighters.

In macabre detail, the retired covert agent described his discussions with Bolivian military officers when Guevara’s body arrived, via helicopter, from the pueblo of La Higuera, where he had been captured and shot, to the Bolivian town of Villegrande. The Bolivians wanted to cut off Che’s head, he said, and preserve it as proof that Guevara was dead and gone. According to Villoldo, he convinced them instead that they could create a “death mask” of plaster, and that cutting off and preserving Che’s hands would be sufficient evidence. Villoldo explained how he arranged to secretly bury the body where it would never be found. Indeed, for 30 years Che’s remains were “disappeared”; in July 1997, his bones, minus hands, were located in a makeshift grave alongside an airstrip on the outskirts of Villegrande.

At one point during the conversation, Villoldo opened the binder and pulled out a white envelope. Inside was a clump of brown hair. As the ultimate souvenir of this Cold War victory, Villoldo proudly stated, he had cut off strands of Che’s hair before disposing of his body. “I basically took it because the symbol of the revolution was this bearded, long-haired guy coming down the mountain,” Villoldo later explained. “To me, I was cutting off the very symbol of the Cuban revolution.”

The White House memo also confirmed that the Bolivian government was covering up its role in Che’s execution by claiming his body had been cremated and could not be repatriated to his homeland of Argentina, or to Cuba. Che’s brother, Roberto, had traveled to Bolivia to ask that his corpse be turned over to the family; the socialist senator from Chile Salvador Allende had formally requested that the body be turned over to Chile, which Washington interpreted as an effort by Fidel Castro to recover Che’s remains. “The Bolivians do not want an independent autopsy to show that they executed ‘Che’ and they are intent on not permitting the remains to be exploited by the communist movement,” President Johnson was informed. 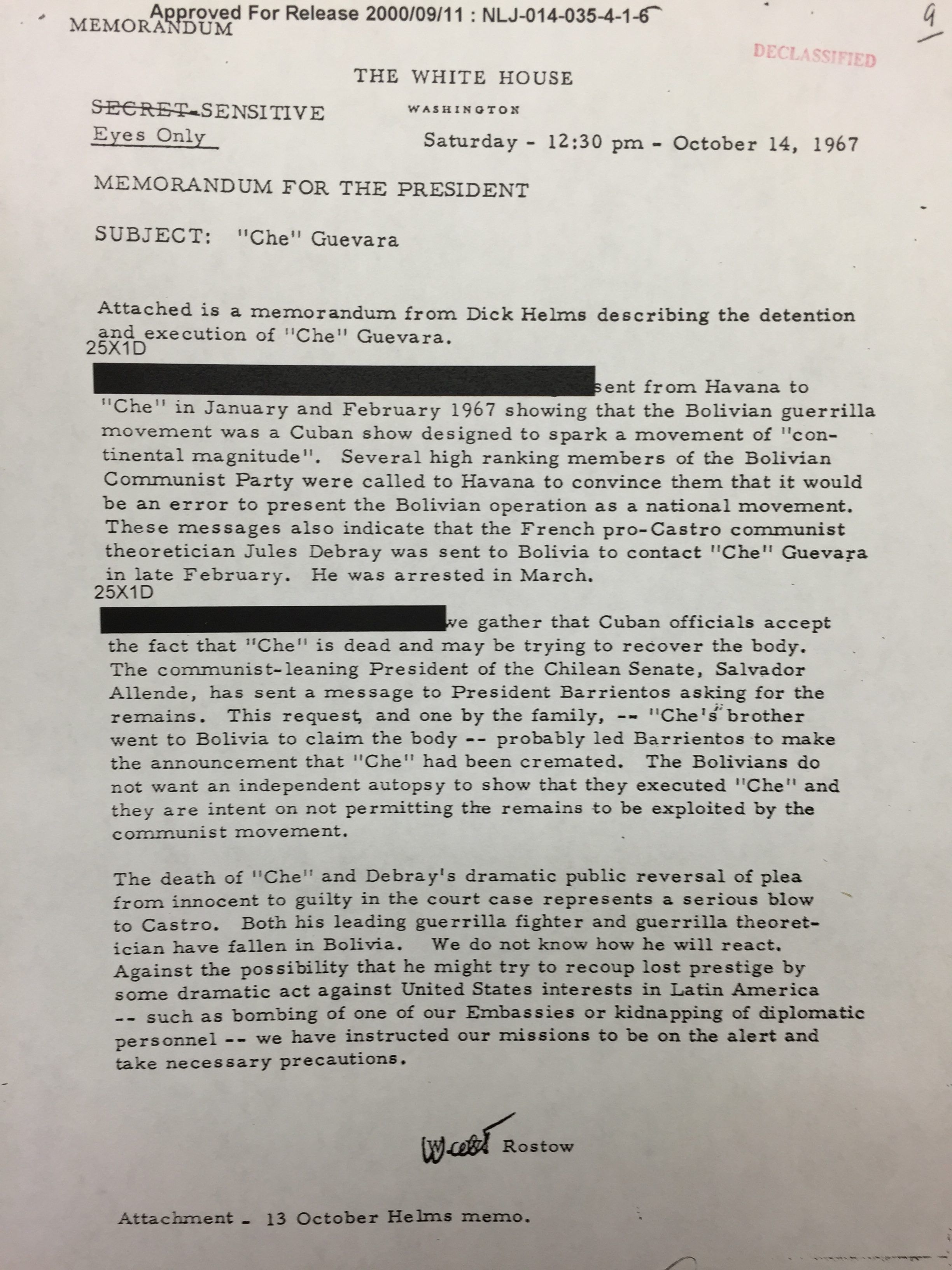 Guevara’s death “represents a serious blow to Castro,” according to the report to President Johnson. The CIA had intercepted clandestine messages from Havana to Bolivia that revealed that Fidel had intended the insurrection in Bolivia to be “a Cuban show designed to spark a movement of ‘continental magnitude.’” Castro had even summoned ranking members of the Bolivian Communist Party to Havana to advise them not to present the insurrection as a nationalist movement, according to these intercepted messages. Rather, he referred to it as an “internationalist movement.”

“The death of Guevara carries these significant implications,” White House aide Walt Rostow reported to Johnson in a separate memo to reinforce this point.

How would Fidel react? US officials worried that “he might try to recoup lost prestige” by undertaking a dramatic act against the United States—“such as bombing one of our Embassies or kidnapping of diplomatic personnel.” The State Department sent a precautionary security alert to US ambassadors in the region.

The Cuban revolution, however, was not known to engage in international terrorism; no bombs were detonated at US embassies and no diplomats were targeted. Fidel’s initial reaction was to give a fiery, solemn, and poignant speech during a memorial rally for Guevara on October 18, speaking directly to some of the points raised in the classified reports circulating at the highest levels of the US government.

Insurgencies continued, as did US-led counterinsurgency operations, particularly in Central American countries like Guatemala, El Salvador, and Nicaragua. Indeed, with Cuban logistical and training support, within a decade of Che’s execution the Sandinista National Liberation Front had become a formidable movement and would eventually overthrow the Somoza dynasty. Officials in Washington were mistaken if they believed Guevara’s ideas, concepts, and committed resistance would be buried along with his body. His failed guerrilla-warfare tactics may not have been inspirational, but his martyrdom at the hands of the CIA certainly came to be.

Initially, the minimum required bid was $50,000. But after the auction company received an inquiry of interest from the government of the late Hugo Chávez in Venezuela—Chávez presumably intended to acquire the hair and return it to Che’s family in Santa Clara, Cuba—the minimum bid was doubled to $100,000. When the scrapbook went on the auction block, however, there was only one bidder—a Texas bookstore owner named Bill Butler, who agreed to pay the $100,000 plus a $19,500 sales commission.

Butler said he intended to display the binder in his Houston bookstore. He had made this unique and expensive purchase, he told reporters, because Che Guevara was “one of the greatest revolutionaries in the 20th century.”