US to vote against UN resolution condemning Cuba embargo 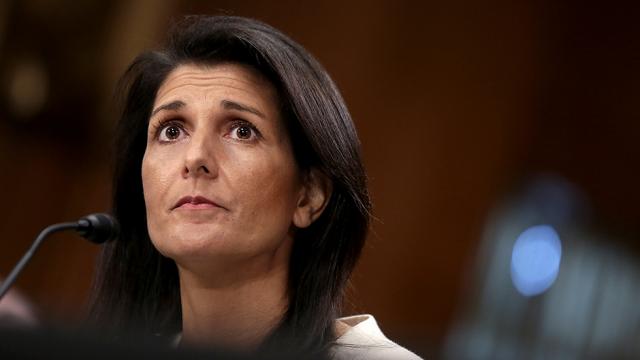 U.S. Ambassador to the United Nations Nikki Haley on Wednesday will vote against the U.N. resolution condemning the U.S. embargo on Cuba, the State Department announced Tuesday, reversing an Obama-era abstention.

State Department spokeswoman Heather Nauert made the announcement at the department's press briefing.

The United States in 2016 abstained from the vote for the first time after 25 years of voting against the resolution.

A group of Democratic senators urged Trump in a Tuesday letter to abstain from the vote again.

“Our failed embargo against Cuba has been repeatedly and publicly condemned by the international community as ineffective and harmful to the people of Cuba,” the senators wrote. “The longer we maintain this outdated Cold War policy the more our international regional credibility suffers.”

Former President Obama had sought to normalise relations with Havana, one of several policies President Trump views with skepticism.

Obama's calls to lift the Cuban embargo were ignored by Congress, but last year, then-U.S. Ambassador Samantha Power announced the United States would not oppose the resolution condemning it.

“After 50-plus years of pursuing the path of isolation, we have chosen to take the path of engagement,” Power said in a speech to the General Assembly.

The move from Haley comes after the Trump administration earlier this year announced new restrictions that effectively rolled back Obama’s Cuban rapprochement.

The new rules forbid financial transactions that go toward the business arm of Cuba’s military.

The State Department's announcement comes amid an ongoing scandal over mysterious medical injuries targeting Americans in Havana. Two-dozen government personnel have been struck by what reports suggest are sonic attacks, resulting in permanent hearing loss, balance problems and difficulty sleeping.