U.S. announces new restrictions on trade and travel to Cuba 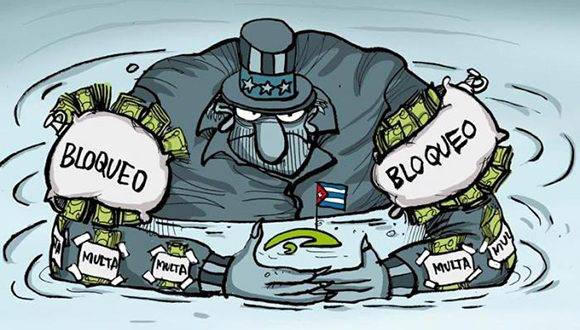 Washington.— The United States government announced November 8 new restrictions on U.S. citizens interest in doing business with and traveling to Cuba, as part of the Presidential Memorandum which reverses key aspects of the process of rapprochement between the two countries.

The U.S. Departments of State, Commerce and the Treasury announced that they are taking “coordinated actions” to implement the document signed by President Donald Trump on June 16, in Miami, Florida, which include the blacklisting of 180 state owned entities.

It also requires all “people-to people” non-academic educational trips to be organized through a United States-sanctioned tour operator.

Such measures include changes to the list of sanctions against Cuba announced by the Republican President in June, when he decided to roll back several aspects of former president Barack Obama's (2009-2017) policy of engagement with the island.

The changes, which include complementary measures by the State Department, came into force November 9, when they were officially published in the Federal Register.
For example, a List of Restricted Entities and Subentities Associated with Cuba (Cuba Restricted List), featuring enterprises linked to the Revolutionary Armed Forces and national intelligence and security organisations, was published.

“Persons subject to U.S. jurisdiction will now be prohibited from engaging in certain direct financial transactions with entities and subentities identified by the State Department on the Cuba Restricted List,” according to a press release by the Treasury Department’s Office of Public Affairs.

This includes over 100 hotels, marinas and retail outlets.

The measures, which came into effect just a week after 191 of the United Nations’ 193 member-states voted in favor of lifting Washington's over 50-year blockade against Cuba, also include an amendment to “the definition of the term prohibited officials of the Government of Cuba to include certain additional individuals.”

The announcement of the new restrictions comes at a time when certain U.S. economic, academic and commercial sectors are showing increased interest in expanding ties with Cuba, and when polls show that the majority of U.S. citizens support an end to the blockade.