Cuba is an example that can change the world for the better: National Education Union joint general secretary 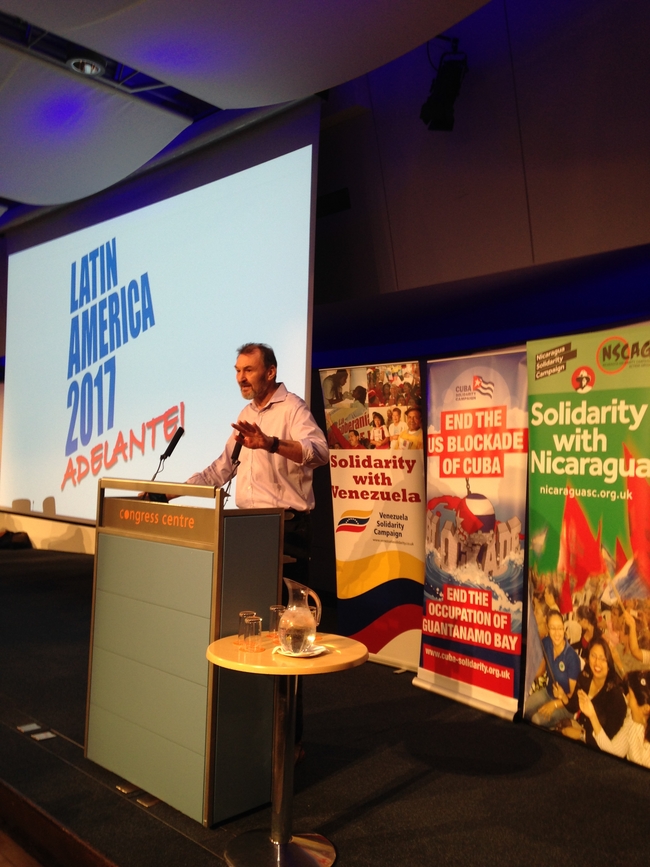 Kevin Courtney, Joint General Secretary of the National Education Union (NEU), gave a rousing speech on Cuba’s achievements in education at a packed plenary at Latin America Conference 2017 at the TUC’s Congress House in central London.

“If you look at Cuba, you can see that if there is the political will to provide free and universal education - you can,” he said.

The joint general secretary reported how the NEU (NUT Section) recent October half term delegation to Cuba “saw first hand the practical differences that government can make to education” - including smaller class sizes.

“This stands in contrast to the way our government works here and internationally, with DfID foreign aid being used to fund the privatisation of education across the global south” Courtney said.

He spoke of the practical solidarity that the NEU (NUT Section) has been doing, including fundraising for Braille Machines to be sent to visually impaired schools in Cuba and providing English language training for Cuban teachers.

“It's outrageous that due to US blockade legislation a Cuban student was banned from enrolling into the Open University. Our work, alongside other union and the Cuba Solidarity Campaign forced them back on this, and they reversed the ban,” he said.

"Why does the US continue its blockade of Cuba? Because Cuba is an example - an example that can change the world for the better", Kevin Courtney added.