Full dignity for all 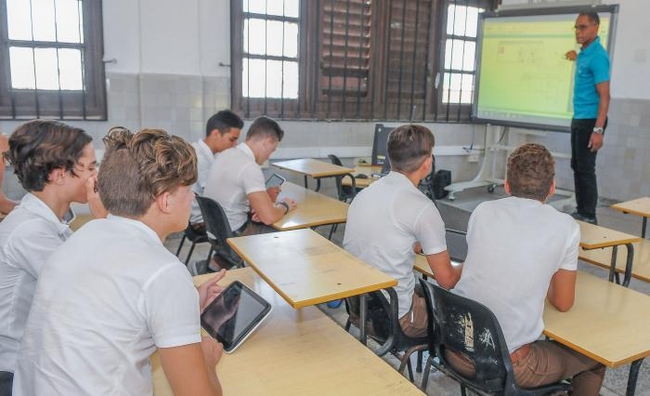 In the 19th century José Martí stated, “I want the first law of our Republic to be the Cuban people’s commitment to the full dignity of humankind,” a phrase that appears in the Constitution of the Republic of Cuba. It is not by chance, therefore, that the revolutionary process on the island and the course taken by the country since 1959 with the triumph of the Revolution led by Fidel, are fundamentally humanist.

The Cuban Constitution, proclaimed February 24, 1976, in a solemn public ceremony, establishes human dignity as the corner stone of socialist society, and includes several points also featured in the Universal Declaration of Human Rights.

The first article of chapter one, for example, presents the fundamental principles of the country:

“Cuba is a socialist state of workers, independent and sovereign, organised with all and for the good of all, as a united and democratic Republic, for the enjoyment of political freedom, social justice, individual and collective well-being, and human solidarity.”

“The Cuban state recognises, respects, and guarantees religious freedom. In the Republic of Cuba religious institutions are separate from the State. Different beliefs and religions enjoy the same consideration.”

Regarding the functions of the state, the Constitution declares that: “(The state) as the power of the people, and in the service of the people themselves guarantees: that every man and woman, able to work, has the opportunity to hold a job with which they can contribute to society’s objectives and satisfy their own needs; that anyone unable to work be provided with adequate means of subsistence; that the ill receive medical care; that children are provided with schooling, food, and clothing; that all young people have the opportunity to study; that all citizens have access to education, culture, and sports.”

Just as importantly as these guarantees which legally protect citizens, the Cuban Constitution also forbids and sanctions any practice or form of discrimination.

All this gives legal sustenance to what, since the birth of the nation, was a dream for generations of Cubans who, motivated by ideas of independence and social justice, fought first against colonial domination by Spain and then against pro-imperialist governments, which from 1902 through 1958, responded to the interests of the United States.

During the mid-20th century the United Nations General Assembly adopted the document which in 30 articles sums up the universal human rights of all peoples.

Cuba was among the 48 member states that on December 10, 1948, voted in Paris, to approve the Universal Declaration of Human Rights (UDHR), after the horrors and devastation caused by WWII.

The UDHR recognises – according to René Samuel Cassin, its principal author – the economic, social, and cultural rights of every person, and the individual in relation to the community; as well as the right to the freedom of thought, conscience, and religious and political affiliation. However, despite its broad scope, the declaration is not a legally binding document.

Cuba’s commitment to the UDHR goes farther, guaranteeing its citizens a wide range of social services; free, universal health care; and quality education; while in international forums repeatedly condemning human rights violations which continue to be committed throughout the world.

The island has been a member of the United Nations Human Rights Council - responsible for strengthening the promotion and protection of human rights worldwide - since 2006 when it was first founded.

Meanwhile, the Cuban state continues to work hard to provide protection, security, and social protection to its citizens, even under the most adverse conditions.

This is why we cannot forget that United States government policy attempting to asphyxiate the country through the economic, commercial, and financial blockade, constitutes a systematic violation of the human rights of the Cuban people.