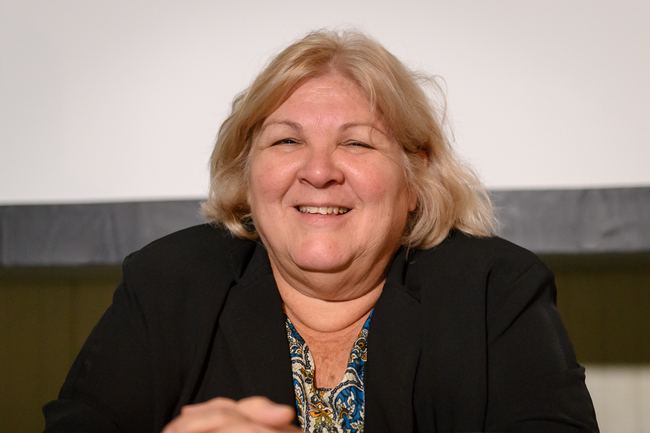 Cuba Solidarity Campaign Rally in Glasgow – experiencing that another world is possible.

October 9th 2017 marked the 50th anniversary of the execution of Ernesto ‘Che’ Guevara, at the hands of the Bolivian military, orchestrated by the CIA. 50 years on, Latin America is still a tumultuous political constant, however it is evident the continuity of the people’s spirit remains defiant and strong.

To mark the 50th anniversary, Che’s eldest daughter from his marriage to Aleida March, Aleida Guevara March, completed a UK tour (4-11th November), hosted by the Cuba Solidarity Campaign, visiting Belfast, Wales, Manchester, Sheffield, London and Glasgow, to speak about her life as a Cuban citizen in a modern Cuba, a successful and dedicated paediatrician and the daughter of a symbol of change and the strive against injustice.

We attended the Glasgow event at the Scottish Trade Union Congress (STUC) on 11th November, where a packed room anticipated the arrival of Aleida, as cameras were set to stream the event into an overflow room and people gathered in the street seeking seats for the event.

From a country viewing the world from a unique perspective, peering through the expansive keyhole into international culture and politics, in a manner it is difficult for us to return, due to media biases and crafted curricular, Aleida demonstrated the force of Cuban ambition and achievement and spoke of some of the frustration the UK presents as we watch on, unresponsive, as our country experiences exponential decline, through the disintegration of identity.

She discussed the nature of democracy and expressed the need for genuinely unanimous decisions, such as the people’s voice on going to war. The privatisation of the NHS is clearly saddening to the Cuban medical communities as they question the fate of the healthcare system on which they based their own and she reaffirmed the necessity for unity in the face of a fluctuating political landscape, with the requirement of prioritising people, through ‘rescuing our memories’ to understand how modern Europe formed in order to tackle the future.

The experiences Aleida has within the medical field, in Cuba and abroad, have helped to shape her resolve to continue to help those in need and view the impact of political and economic disparity on ordinary people, especially children. She was affected deeply by her experiences on medical brigades in Africa and displayed true upset, that she witnessed an environment where children die, not due to lack of medical research but because of economic inequality.

Speaking about her father’s legacy, Aleida noted his influence on her life through her choice of vocation, medicine, which was her father’s profession and his emphasis on expanding horizons and helping the community through education – the redeeming factor of his personality which has affected her was his focus on being useful within society and Aleida emphasised the importance of providing your skills and expertise when needed by others. Markedly, Aleida acknowledged that she is her own person who feels her profession has allowed opportunity to affect people’s lives.

When Aleida speaks, the listener becomes absorbed in her passion and commitment, away from her prestigious name and political associations, as her animated nature, facial expressions and intonation break the language barrier as her drive for communication spans foremost across people. Paired with an eloquent interpreter, the two captivated the hall with the emotion of Aleida’s speech and the fascinating information it conveyed.

After the speech a question and answer session delved deeper into the current situation in Cuba, providing insights which directly related to people’s interests and at the end of the event Aleida was swarmed by people seeking photographs and autographs and also those keen to speak to such an influential and inspiring person. The predominant message of the absolute necessity to think outside yourself and your own life to collectively move forwards as a constructively participating society rang out.

Cuba is a place where education and healthcare are free and the desire to genuinely care fuels the nation, although a Bolivian soldier killed their hero, Che, 40 years later, it was Cuban doctors who returned to remove his cataracts and restore his vision. In the face of a blockade, Cuba have not cowered or grown disillusioned, nor have they stooped to the superpowers’ military tactics of offence, they have, through solidarity, sculpted their own futures, futures of sustainability, progress and unity. Aleida is not only the continuing emblem of her father’s values, she is a representation of her own and her country’s resilience and as an individual, a force of immense goodness; in a world crowded by motives, hers are only of improvement and of hope.