Unity and solidarity among our peoples and governments is the path to victory: ALBA-TCP Political Council Declaration 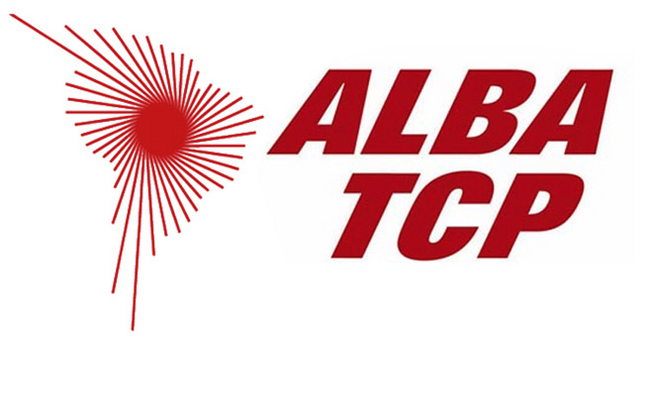 The Ministers of Foreign Affairs and Heads of Delegations of the members countries of the Bolivarian Alliance for the Peoples of Our America – Peoples’ Trade Agreement (ALBA-TCP), meeting in Havana, on the occasion of the 16th ALBA-TCP Political Council:

Congratulate ourselves on the 13th anniversary of ALBA-TCP, a historic creation inspired by the legacy of the leaders of the Cuban Revolution, Fidel Castro Ruz, and the Bolivarian Revolution in Venezuela, Hugo Chávez Frías, whose thought and work confirm the full validity of the struggle for the emancipation of the peoples.

Demand the strict observance of the Purposes and Principles of the Charter of the United Nations and International Law, the peaceful settlement of disputes, the prohibition of the use and threat of the use of force, respect for self-determination, sovereignty, territorial integrity, and non-interference in the internal affairs of each country.

Reiterate the need to strengthen the Community of Latin American and Caribbean States (CELAC), which pursues unity amid the diversity of our region, through political consensus and integration, as well as the defense of our sovereignty and self-determination, and the development of our peoples, on the basis of the postulates of the Proclamation of Latin America and the Caribbean as a Zone of Peace, signed by Heads of State and Government of the region in the 2nd CELAC Summit, in Havana.

Demand compliance with the Final Peace Agreement between the Government of the Republic of Colombia and the Revolutionary Armed Forces of Colombia-People’s Army (FARC-EP), which led to the definitive and bilateral ceasefire and the abandonment of weapons, under a strict monitoring and verification mechanism, and emphasise that only the fulfillment of this Agreement and the successful completion of ongoing peace talks between the ELN and the Colombian government, which are being held in Ecuador, can guarantee the peaceful future that Colombia deserves, and contribute positively to the stability of Latin America and the Caribbean.

Reject the setback imposed by the government of President Donald Trump in the relations between the United States and Cuba and reiterate the demand of the region and the international community to unconditionally lift the economic, commercial and financial blockade imposed by the United States against Cuba, which due to its extraterritoriality affects all states. Likewise, we condemn the new measures to intensify the blockade and the recent unilateral, unfounded, arbitrary and politically motivated decisions of the United States government, which affect the Cuban people, U.S. citizens and relations with Cuba as a whole.

Renew our firm support for the Bolivarian Revolution, its civic-military union and government, led by constitutional President Nicolás Maduro Moros.

Joyfully celebrate the victories of democracy in Venezuela, based on the results of the recently held regional and municipal elections, and the creation of the National Constituent Assembly, which through the vote have defeated the imperialist strategy of coup-led violence aimed at plunging Venezuela into chaos and overthrowing the Bolivarian Revolution.

Reject the economic sanctions imposed by the United States, Canada and the European Union, with political ends, against the Bolivarian Republic of Venezuela, that affect the life and development of the noble Venezuelan people and the enjoyment of their rights.

Reject also the interventionist actions of the OAS and groups of countries for their continuous attacks on the sovereignty, self-determination and constitutional order of the Bolivarian Republic of Venezuela and other countries where the peoples have decided to govern themselves without the tutelage of any class, which would result in the destabilisation of the region.

Welcome the dialogue between the Venezuelan government and the opposition that is taking place in the Dominican Republic. We urge the international community to support this process and reject any kind of interference, conditioning or external pressure on this initiative.

Deplore the interference of the Secretary General of the OAS in democratic decisions adopted by state institutions of the Plurinational State of Bolivia, with the objective of defending the interests of foreign forces.

Welcome the sovereign security policies and practices developed by Nicaragua that are successful in controlling drug trafficking and organised crime and contribute to the security of the region.

Condemn the situation created in Honduras. We firmly reject the repression of popular protests, regret the loss of human lives, express our condolences to the families of the victims, and call for respect for the will of the people.

Ratify the universal character of the Paris Agreement of the 21st session of the Conference of the Parties to the United Nations Framework Convention on Climate Change, and reiterate the call for its full implementation, based on the principle of common but differentiated responsibilities. We welcome the successful outcome of the Conference of the Parties (COP23), held in Bonn from November 6-17, 2017, and urge the international community to take into consideration the special circumstances of the Small Island Developing States and the pressing need for the effective implementation of the 2030 Agenda for Sustainable Development.

Reiterate our unwavering support for the brotherly Caribbean countries, victims of devastating natural phenomena and climate change, such that we actively contribute to overcoming the ravages they caused. We demand fair and differentiated treatment for the Caribbean states. Likewise, we reaffirm our solidarity faced with the unjust, so-called “graduation” criteria, and the actions of extra-regional countries against several Caribbean countries declaring them non-cooperative jurisdictions, and we join the demand for reparations for the horrors of slavery and trafficking.

Express our profound concern and rejection of the unilateral declaration of the President of the United States of America, on December 6, 2017, regarding the recognition of Jerusalem as the capital of Israel, which will have serious consequences for stability and security in the Middle East, and constitutes a serious and flagrant violation of the Charter of the United Nations, International Law and the relevant resolutions of the United Nations. We also reaffirm our long-standing support and solidarity with the legitimate cause of the Palestinian people, and reiterate our commitment to continue supporting a just, lasting and peaceful solution to the Palestinian-Israeli conflict, based on a two-state solution, which allows Palestine the exercise of the right to self-determination as an independent and sovereign state, with East Jerusalem as its capital, based on the pre-1967 borders.

Reaffirm the continuity of our struggle, together with the political forces of the left and the popular movements of the region, for a united, solidary Latin America and Caribbean, with social justice and truly integrated.

Express also our commitment to continue consolidating our coordination and unity of action, based on the solid heritage of our peoples, included in the political program Consensus of Our America and in the Declaration of Our America in Struggle, adopted at the 23rd Meeting of the São Paulo Forum, held in Managua, Nicaragua, in July 2017.

We are convinced of the broadest convocation and the warm and solidary welcome of Cuba to the social movements and progressive forces of the region on the occasion of the 24th Annual Meeting of the São Paulo Forum, to be held in 2018.

Congratulate the results of the different electoral processes carried out in Nicaragua, Cuba, Venezuela and Bolivia during 2017, a show of the traditional citizen participation of our countries.

Express our conviction that unity and solidarity between our peoples and governments is the path to victory.