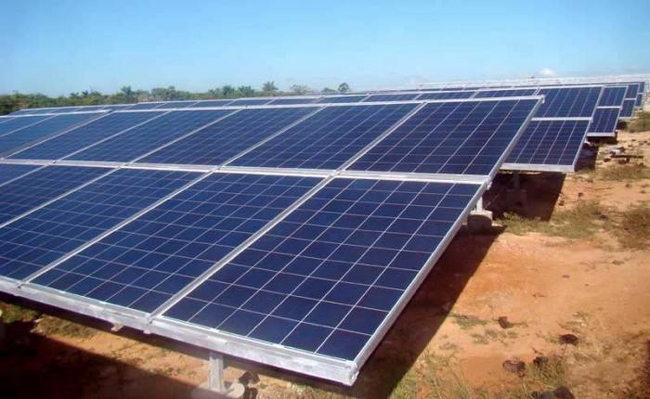 Yao Zhao, a renewable energy specialist at the World Bank, reports on reasons to be hopeful for more clean energy investment in Cuba.

I wrote the article Power Shift in Cuba: Seven Reasons to Watch the Renewable Energy Sector in the Post-Fidel and Trump Era about a year ago. 2017 has been an eventful year for Cuba. Two major hurdles took place that would potentially jeopardise clean energy investment on the island.

The first is Donald Trump’s reversal of Barack Obama’s historic diplomatic and commercial opening to the island. This will cut tourist revenues and scant foreign reserves further. The second is the aftermath of Hurricane Irma, which destroyed northern island and many resorts.

As I analysed in my previous article, opportunities and challenges abound, and I still believe clean energy is crucial for environmental protection and overall economy in Cuba. One needs to analyse the nuances lying in the policy changes to conclude why I remain hopeful for more clean energy investment in Cuba.

1. The adverse impact on tourism will be less than you think.

Trump’s Cuba policy leaves most of President Obama’s measures intact. Embassies in both countries will remain open. Direct commercial flights and cruises from the U.S. will still operate. Travellers will still be able to spend unlimited amounts of money on the island and can still bring back Cuban rum and cigars to the U.S.

Actual data in 2017 indicates that tourist and revenue remain strong. In the first six months of 2017, tourism revenue reached US$1.5 billion — 9 percent more than the same period 12 months earlier. In total, it’s hoped that 4.7 million visitors will arrive in 2017 overall, which would count as a 16.5 percent rise compared with 2016, according to the Cuban Minister of Tourism.

The grid was not discussed in my previous article, but Cuba’s grid, developed in the early 2000s when older Russian systems began to fail, is the second most decentralised grid in the world after Denmark. This type of grid is well-suited for renewable energy sources, which are generally more localised. Taking advantage of decentralised grid means, for example, using more bioenergy in areas with high agricultural production or solar in sunny hospitable areas.

A decentralised grid is also more resilient to natural disasters (considering Hurricane Irma’s repercussion) because a loss of power to one part of the grid affects a smaller population than a highly-centralised grid.

3. New renewable energy projects are still being negotiated and built.

Perhaps the most important reason for my optimism is that new international clean energy developers are still setting precedence. I said it in my previous article that actual successful foreign deals in renewable energy will bring more confidence to investors.

Hive Energy, a U.K. renewable energy firm, will become one of the first foreign companies to develop a utility-scale PV project in Cuba, a 50-MW solar installation that will become the country’s first utility-scale solar power plant. Hive Energy has revealed it is planning to build a solar farm in the U.K. without subsidy support next summer.

A more recent case is that Deltro Group, a leading Canadian developer of clean renewable energy projects, announced that it has been awarded a significant contract to build, own and operate a solar photovoltaic electric generating facility in north western Cuba. Construction of the new facility, which will be tied to the national grid operated and maintained by Union Electrica de Cuba (UNE), is expected to begin in January 2018.