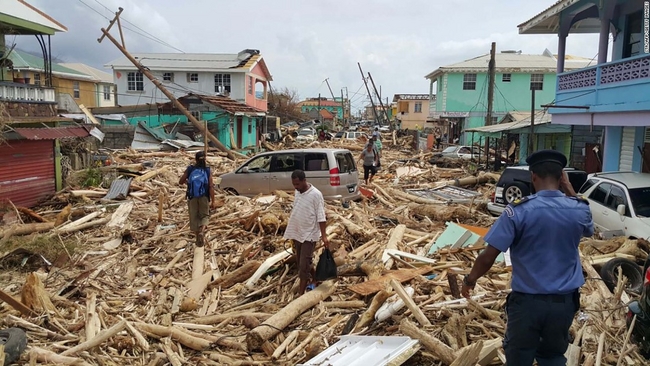 “What has been done by Cuba and Venezuela is a tangible demonstration of the support that the members of the Alliance provide to their people,” said Dominican official Jan Douglas.

At the XVI Political Council of the Bolivarian Alliance for the Peoples of Our America - Peoples’ Trade Treaty, referred to as ALBA-TCP, Dominica expressed gratitude for hurricane aid from the alliance countries.

Having begun Thursday in Havana, Cuba, Dominica’s Minister of Trade, Energy and Employment, Jan Douglas, said while the country continues to recover from both Hurricane Irma and Maria, help from ALBA countries has been monumental.

Douglas thanked Cuban President Raul Castro, saying, “Our Cuban brothers went to Dominica and are still there (helping with) the recovery of the nation's infrastructures: the restoration of water supply, the distribution of food and electrical networks.”

He also highlighted aid received from Venezuela, including Venezuela’s forgiving of Dominica’s debts.

“What has been done by Cuba and Venezuela is a tangible demonstration of the support that the members of the Alliance provide to their people, 13 years after the Alliance was created,” he emphasised.

The Final Declaration and Cooperation Plan for 2018 was approved at the meeting, which features 27 joint projects between Venezuela and Cuba in the areas of healthcare, human resource training and culture.

Cuban Minister of Foreign Trade and Investment, Rodrigo Malmierca, in a speech at the meeting, affirmed Cuba’s long-standing support for Venezuela, praising the anniversary of the creation of ALBA.

The Cuban official described the alliance as one based on fraternity, solidarity and mutual benefit, also highlighting recent victories by Venezuela’s Bolivarian Revolution after it won 71 percent of the vote in the December 10 municipal elections.

Meanwhile, Venezuelan Foreign Minister, Jorge Arreaza, also present at the meeting, highlighted the importance of solidarity within the agreement, adding that that is what characterises “genuine, socialist revolutions.”