The Blockade Is Obsolete, Illegal: Vice-President of the European Commission in Cuba 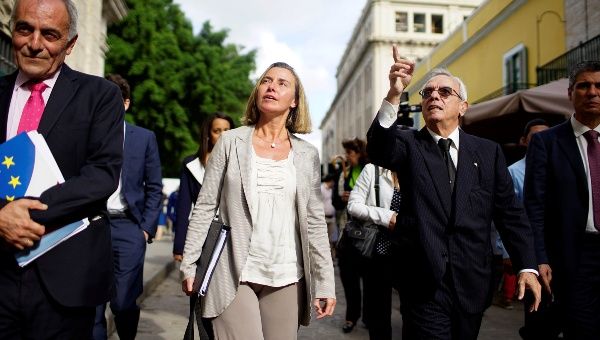 "The blockade is not the solution. The Europeans have told our American friends many times," said European Commision Vice-President Federica Mogherini.

"The blockade is not the solution. The Europeans have told our American friends many times; we have affirmed it in the United Nations," said Federica Mogherini in front Cuban students, teachers, diplomats and public officers during a conference called “The European Union and Latin America” at the San Geronimo College in Havana.

Mogherini is the representative of the European Union (EU) on Foreign Affairs and Security Policy and the Vice-President of the European Commission (EC), and is currently on a two-day visit to the island, holding meetings with Cuban functionaries.

"We know well that the sole effect of the blockade is to worsen the quality of life of women, men and children," Mogherini said, "the blockade is obsolete, it is illegal,”

She said the EU would keep working to end the blockade, and that the union wants to “open doors and build bridges”, in contrast to others that “build walls and close doors”.

This is Mogherini's third visit to Cuba, and it's not the first time she criticizes U.S. politics on the island.

Mogherini also held talks with the Cuban Minister of Foreign Trade and Investment, Rodrigo Malmierca, who welcomed her and expressed that “three visits in three years in a sign of interest to develop the relationship between both parts.”

She will also speak with Esteban Lazo, president of the country’s People's Power Assemblies, and with Foreign Minister Bruno Rodriguez.

With the enforcement of the Political Dialogue and Cooperation Agreement (ADCP) between Cuba and the EU, signed in 2016, the European countries ended a 20-year-old Common Position, which limited the relations between the Union and Cuba. This agreement is intended to enhance political dialogue and bilateral cooperation for sustainable development, democracy and human rights.