Cuba rejects a return to the Monroe Doctrine 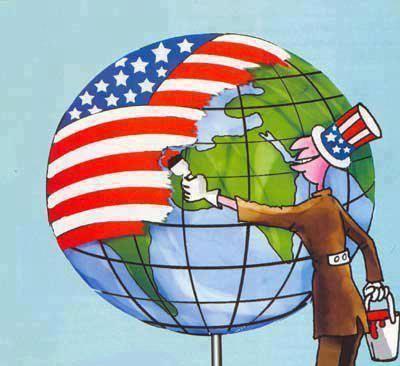 The Ministry of Foreign Affairs warns of the seriousness of the message of arrogance and contempt with which the Secretary of State of the United States began a tour of several countries in Latin America and the Caribbean.

On the eve of his trip, on Thursday, February 1, Secretary of State Rex Tillerson, in an appearance at the University of Texas at Austin, made alarming interventionist statements that openly instigate the overthrow, by any means, of the legitimate government of Venezuela, and are also aimed at undermining the unanimous repudiation of the region of the retrogressive measures and tightening of the economic, commercial and financial blockade against Cuba, whose purpose is to harm the Cuban economy and people to attempt to subdue the country.

His statements are clearly in line with the regime change schemes that have claimed the lives of millions of innocent victims in various parts of the world and promoted violence, war, humanitarian crises and instability, demonstrating their failure. The government of the United States ignored that this is a region committed to the defense of peace, as enshrined in the Proclamation of Latin America and the Caribbean as a Zone of Peace, signed by Heads of State and Government in Havana, January 29, 2014, during the 2nd CELAC Summit.

In the words of Secretary Tillerson, “In the history of Venezuela and in fact the history in other Latin American and South American countries, oftentimes it’s the military that handles that, that when things are so bad that the military leadership realizes they just – they can’t serve the citizens anymore, they will manage a peaceful transition. Whether that will be the case here or not, I do not know.” Previously, he defended the postulates of the infamous doctrine that established as a policy that the Americas were the backyard of the United States, declaring that “sometimes I think we have forgotten about the importance of the Monroe Doctrine and what it meant to this hemisphere and maintaining those shared values. So I think it’s as relevant today as it was the day it was written.”

His words are clearly an incitement to “regime change.” In his instructions for the region, Tillerson went as far as to suggest that President Nicolás Maduro should abandon his post as Head of State, democratically elected by an indisputable majority of votes. In his discourse, he also returns to the failed preconditions on Cuba and, without any moral authority, interferes in Cuba’s internal affairs, on demanding from our upcoming electoral process changes that are to the liking of the United States.

With his statements, this high official of the United States government adds a new act to what has been a pattern of successive outrages in the history of domination of our region, and confirms the sustained contempt with which the government of President Donald Trump has unequivocally referred to the nations of Latin America and the Caribbean, whose peoples it denigrates whenever it has the opportunity.

The Ministry of Foreign Affairs of the Republic of Cuba condemns this new attack against Cuba and Venezuela, which follows the recent disrespectful statements of President Trump in his State of the Union Address.

Before departing for his imperialist tour, the Secretary of State announced that 2018 will be the year of the Americas and made clear that he will seek to encourage division and submission among Latin American governments. In doing so, he will come up against the repudiation inspired by his announcements and the dignity of the peoples of the region, who bear the memory of the hundreds of thousands of dead and disappeared by the military dictatorships sponsored by the United States, and that Secretary Tillerson today calls to repeat.

It is outrageous and unacceptable that the Secretary of State of the United States openly calls for a military coup in Venezuela, encouraging instability, the overthrow of democratically elected governments and violence.

It is obvious and regrettable that neither the President of the United States nor his Secretary of State know Latin America and the Caribbean. Ours has been a continent subjected to the humiliating dominance of the U.S., interested only in extracting its resources in an unequal relationship. But Our America has awakened and it will not be so easy to crush it.