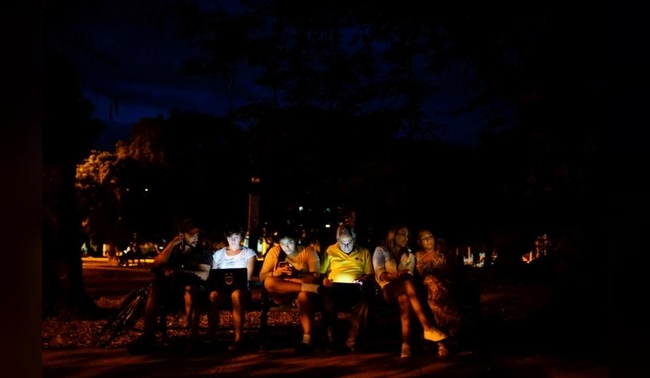 In this modern era of cell phones, the internet, and social networks, it is easy to forget that the U.S. has been using communications technologies to attack Cuba ever since the age of shortwave radios and the emergence of television.

The U.S. State Department’s announcement this past January, of the creation of a Cuba Internet Task Force is, therefore, just another scheme in a long saga of Washington’s subversive plans to overthrow the Cuban Revolution.

From psychological warfare propagated by the mass media to unconventional warfare, which has been adapted to the internet age, Cuba has been a test site for U.S. schemes designed to overthrow governments which do not respond to its interests.

However, the competence of Cuban authorities and support of the entire population for the Revolution has meant that these plans were doomed to failure.

Then U.S. President, Dwigth D. Eisenhower, approved the so-called Program of Covert Action, designed to destroy the Cuban Revolution. Among other aspects, the CIA was tasked with setting up a radio station broadcasting political propaganda. On May 17, 1960, 1160 khz frequency Radio Cuba Libre (Radio Swan) was picked up for the first time on the island.

President Ronald Reagan singed executive order 12323, establishing the “Presidential Commission on Broadcasting to Cuba,” tasked with developing a recommended plan for radio broadcasting intended for transmission to Cuba, such as Radio Martí.

Radio Martí hits the airwaves for the first time, as part of a plan by the staunchly anti-Cuban Ronald Reagan administration, to launch an illegal radio station able to reach the island and incite a popular uprising against the Revolution.

Following the failure of subversive radio schemes, TV Martí was launched, costing the U.S. taxpayer millions of dollars and violating international norms. Dubbed “the TV no one watches,” the signal was effectively blocked by Cuban authorities across the entire island.

The Commission for Assistance to a Free Cuba or Plan Bush is created by the George W. Bush administration to identify additional ways to hasten an overthrow of the “Cuban regime.”
Regarding technology, the plan proposes, among other things to “Encourage willing third-country governments to create public access Internet facilities in their missions in Cuba.”
Other initiatives included expanding “the distribution of information and facilitate pro-democracy activities,” and “Greater access to these types of equipment” in order to do so.

The Cuba Fund for a Democratic Future was created, providing 24 million USD worth of funding for anti-Cuban propaganda, including online initiatives.

The U.S. Department of State, headed by Condolezza Rice, creates the Global Internet Freedom Task Force, specifically aimed at “maximizing freedom of expression and free flow of information and ideas” in China, Iran and Cuba.

President Bush announces the creation of a fourth ‘cyberspace’ army at the Barksdale Air Force Base in Louisiana, designed to maintain the U.S. military’s competitive advantage in this new theater of operations.
- December 2009:

U.S. citizen Alan Phillip Gross arrested for bringing illegal communication devices into Cuba as part of a USAID program. In March 2011 Gross was sentenced to 15 years imprisonment for “Acts Against the Independence or the Territorial Integrity of the State,” in the Courtroom for Crimes Against State Security of the People’s Provincial Court of Havana. Gross returned to the United States following the announcement of a process of rapprochement between the two countries on December 17, 2014.

At the request of Senator Richard Lugar, the most prominent Republican on the Senate Foreign Relations Committee, Carl Meacham, director of Latin America on the Senator’s political team, met with staff from the State Department, senior foreign diplomats and industry representatives over several months to investigate how social medial and technologies could be used to promote and strengthen what they consider to be democracy in Latin America. In his report Meacham shamelessly praises subversive actions and plan by the U.S. government against Cuba.

The ultra conservative Heritage Foundation attended an event sponsored by Google Ideas, and entitled “How the internet can unfreeze an island frozen in time.”

The ZunZuneo initiative, financed by the United States Agency for International Development (USAID) is launched. The platform was designed as a messaging network similar to Twitter through which thousands of Cubans would receive “non-controversial content” like news messages on soccer, music, weather reports and announcements. However, later subscribers would begin to receive political content aimed at inspiring Cubans to organize mass demonstrations akin to "smart mobs" to destabilize the country.

The Office of Cuba Broadcasting (OCB) which oversees Radio and TV Martí, launched a service similar to ZunZuneo called Piramideo, an SMS-based social network that would offer the possibility of sending a massive message to members of a “pyramid” at the cost of a single SMS. The objective was to prepare a platform for subversion.

Commotion: A tool developed by the Washington-based New America Foundation’s Open Technology Institute (OTI), which was originally intended for military use, to create independent wireless networks. Although there is little to no information on its functioning in Cuba, U.S. government sources speaking to the New York Times noted that millions of dollars had been dedicated to the project.

The U.S. government organized the “First Cuba Internet Freedom Conference” headed by the Office of Cuba Broadcasting (OCB) which oversees illegal anti-Cuban radio and television broadcasts. The event brought together “independent” journalists from the island and digital innovators and activists who support the use of new technologies to bring about a regime change in Cuba.

The Trump administration announces the creation of a new Internet Task Force designed to subvert Cuba’s internal order. Composed of government and independent officials tasked with promoting the free flow in information on the island, the initiative is Washington’s most recent attempt to disguise its plans to destabilize Cuba through the use of new technologies.