US lawmakers say it's time to restore staff at Cuba embassy 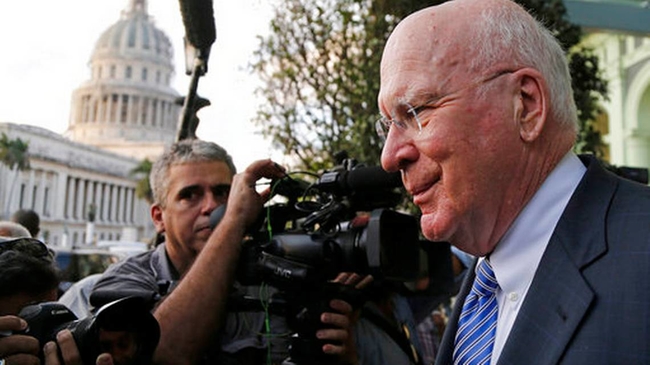 U.S. lawmakers visiting Cuba urged the State Department on Wednesday to restore embassy staff pulled from the country last year in response to mysterious ailments among diplomats and their families.

The visit by six Democratic members of the Senate and House of Representatives comes as the State Department decides whether to send its personnel back to the island. A decision is expected by March 4.

Secretary of State Rex Tillerson said the symptoms, which included nausea, dizziness and headaches, resulted from "targeted attacks" and cut embassy staff by 60 percent in September.

Vermont Sen. Patrick Leahy and other members of the delegation told reporters in Havana that Cuban officials have cooperated with U.S. authorities in an investigation into the cause of symptoms and that the cut to embassy staff only hurts bilateral relations.

"I have the impression the Cubans have offered whatever cooperation we want, in discovering what if anything happened," Leahy said. "I don't see that they have any advantage to doing something to harm our personnel, the certain result of it is to harm relations between both countries."

He also said that there are many American diplomats who want to work in Cuba despite the symptoms that Washington previously said affected 24 U.S. government officials and spouses.

"Making it virtually impossible for the average Cuban to go the United States, whether it's for a funeral, wedding, or to be able to be with their families, betrays our values," McGovern said. "It's not the way we should be approaching this. And that's why we all want our staffing issues addressed here."