British activist guest of honour at LGBT events in Havana 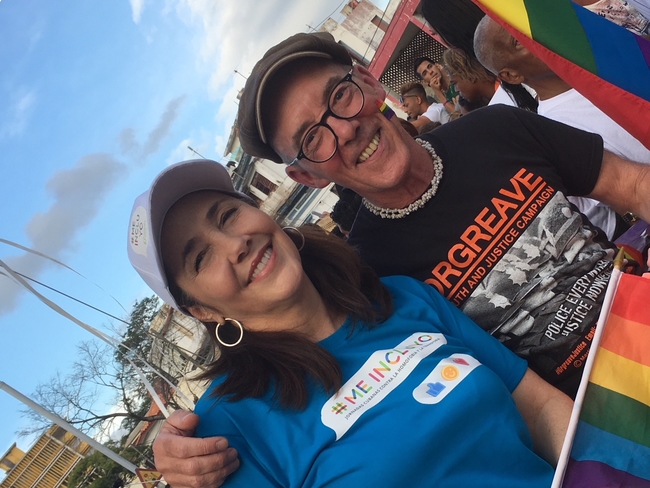 The Cuba Solidarity Campaign arranged for British activist, Mike Jackson, portrayed in the film 'Pride', to particpate in events to mark Cuba's 11th annual celebration of the International Day against Homophobia (IDAHO) this May.

Mike was a founder member of Lesbians and Gays Support the Miners, established to support striking mining communities during the 1984/5 strike. As part of events in Cuba, Mike took part in a screening and Q&A session of the film, the Conga against homophobia, a seminar with international LGBT activists. Cuba's IDAHO activities are organised by the Cuban Centre for Sexual Education, a government funded organisation directed by Mariela Castro. During a gala -performance on Friday 11 May, Mike was also awarded CENESEX's activist award. 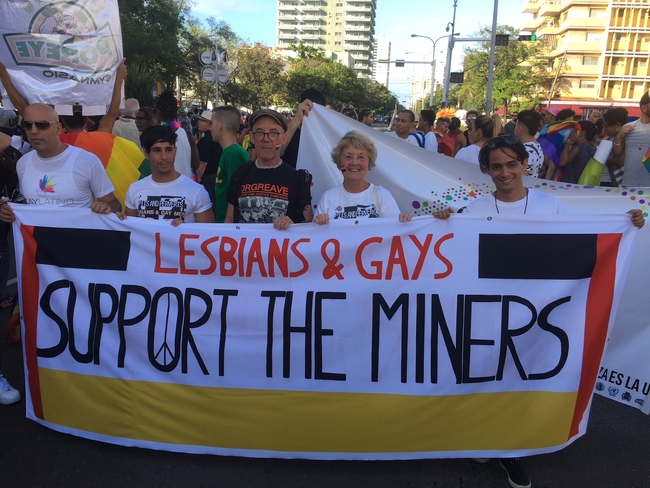 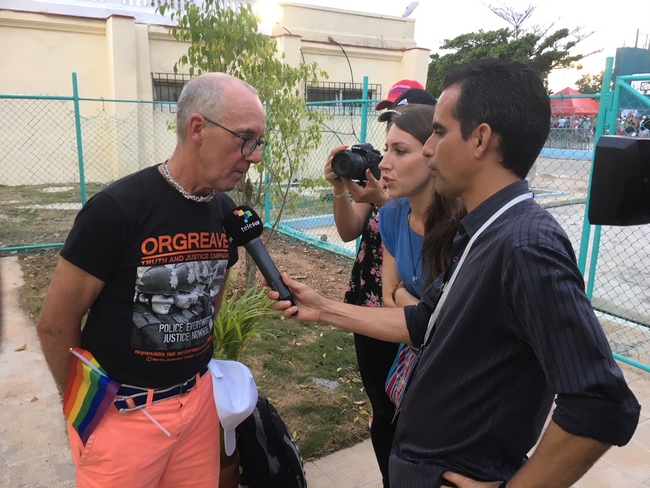 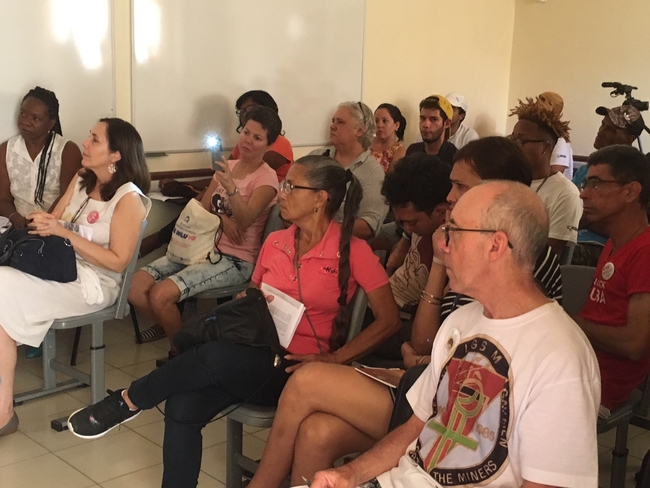 Under the motto of “Me incluyo” (I include myself), this year’s activities have been focused on raising awareness in schools and educational institutions regarding discrimination against the LGBTI community, working both with teachers and students.

On May 11, a cultural Gala was held in Havana’s Karl Marx Theater, with performances by Cuban and international artists, who came to together to celebrate diversity and promote respect for different sexual and gender identities.

The Director of the National Center for Sex Education (CENESEX), Mariela Castro, presented an award to the British LGBT activist, Mike Jackson, who was portrayed in the multi-award winning film Pride, based on the true story of the beginnings of Lesbians and Gays Support the Miners (LGSM), set up by activists who raised money to help families affected by the British miners’ strike in 1984.

Also awarded was Spanish actress Carla Antonelli, noted LGBT rights activist and the first trans person to serve in a legislature in Spain, as deputy to the Madrid Assembly for the Spanish Socialist Workers’ Party (PSOE).

Also announced was the posthumous award for Cuban journalist Isabel Moya, who served as director of the Editorial de la Mujer publishing house, until her recent death.

The evening saw a varied and highly artistic show with performances that had those gathered dancing, singing along and laughing.

Spanish actress Antonia San Juan, popularly known for playing Estela Reynolds in the series La que se avecina and assuming the role of a transsexual in Pedro Almodóvar’s film All About My Mother, performed a monologue that sparked cries of “Bravo!” laughter and applause.

Another impressive moment was the performance by dancer Zeleidy Crespo, of Acosta Danza, in the solo Impronta, by Spanish choreographer María Rovira, a piece dedicated to the Afro-Cuban deity Yemayá.

Under the motto of “Me incluyo” (I include myself), this year’s activities have been focused on tackling discrimination in schools and educational institutions. Photo: ACN/Ariel Ley Royero
The audience spontaneously took to its feet as a children’s choir sung Silvio Rodríguez’s classic “La era,” also performed in sign language.

Also attending the Gala were Minister of Public Health, Roberto Morales, Secretary of the Council of State, Homero Acosta; the Ministers of Education and Higher Education, Ena Elsa Velázquez and José Ramón Saborido, respectively; among other government authorities.

CONGA AGAINST HOMOPHOBIA AND TRANSPHOBIA

On the evening of Saturday, May 12, the streets of Havana were awash with color as the Conga Against Homophobia and Transphobia paraded along the central Linea Street, culminating in a concert featuring stars such as Los Van Van, in the José Antonio Echeverría recreational center.

The Conga saw Cubans and international guests celebrate diversity in a festive atmosphere, which drew the attention of passers-by and residents, in a proud display of sexual and gender identities.