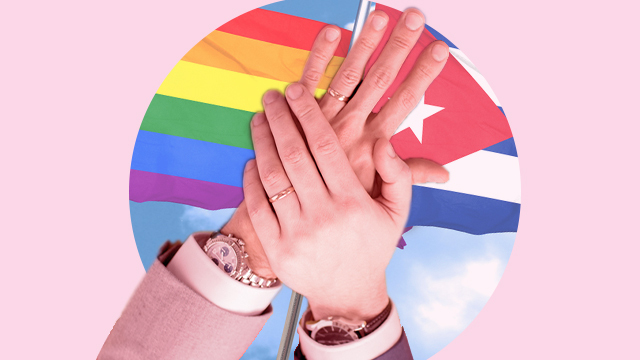 Santiago de Cuba archbishop Dionisio Garcia calls on Cubans not to 'ignore what nature has given', amid legislators' plans to legalize same-sex marriage under the proposed new constitution

HAVANA, Cuba – Cuba's Catholic Church has called on the public to reject a plan to legalize gay marriage in the country's proposed new constitution, describing it as "ideological colonialism" imposed by rich countries.

Santiago de Cuba archbishop Dionisio Garcia called on Cubans not to "ignore what nature has given us" for fear of "regrettable consequences."

In an online message, the Episcopal Conference called on Cubans to look for "other legal ways" to protect homosexual unions.

"That should not be taken as an argument to change the definition of an institution of the natural order, such as marriage," the message added.

Spearheaded by Mariela Castro, the daughter of former president Raul Castro, the changes to the new constitution would include a provision that defines marriage as between "two people" rather than "a man and a woman."

Garcia said "these ideas" are alien to Cuban culture and stem from the "cultural imperialism" of powerful countries that use the effect of globalization "to create a uniform culture that accepts and adopts its criteria (while) disqualifying those of others."

He said rich countries were using their power to "influence less developed countries in need of economic aid."

Garcia's comments come after a group of five churches and evangelical denominations published a statement claiming that "marriage is exclusively the union between a man and a woman."

After the 1959 revolution, Cuba was a hostile place for the LGBT community, although in 2010 Fidel Castro did admit responsibility for "injustices" perpetrated against homosexuals.

And while employment discrimination based on sexual orientation was banned, same-sex civil unions remained off limits.

A new constitution to replace the 1976 version has been approved by parliament and submitted to public debate.

Some 8.5 million residents over the age of 16, as well as 1.4 Cubans living abroad, have been invited to take part in the discussions at universities and in workplaces, which will continue until November 15.

The results will be presented to parliament in December with a referendum on whether or not to adopt the new constitution slated for February 24.

The new constitution would also recognize the role of market forces and private enterprise in the Communist island's economy.

But the church is hoping to have the provision recognising same-sex marriage removed before the issue gets to referendum.