It is impossible to prove something that did not occur, and the U.S. knows it 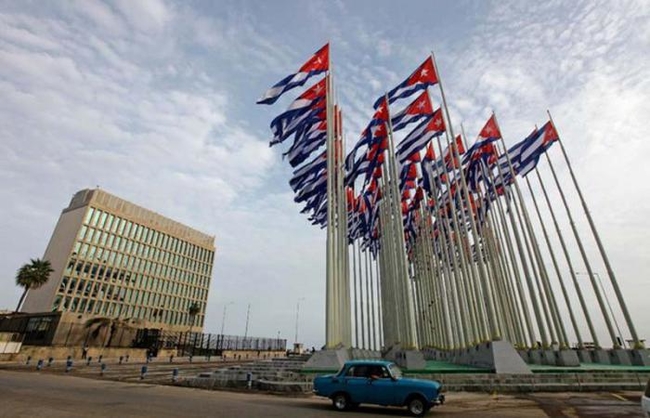 In exclusive statements to Granma, Carlos Fernández de Cossío, director for the United States at the Cuban Foreign Ministry, insists that the latest theory about microwaves cannot explain the variety and diversity of symptoms that the State Department claims its diplomats in Havana suffered, and with time will lose credibility

The media agenda to keep public opinion focused on controversial arguments repeated time and time again regarding supposed "incidents" suffered by U.S. diplomats in Havana, seems to be fully implemented every time the string of lies is resuscitated.

Now one of the old theories about the possible impact of microwaves has reemerged and an article in The New York Times has been published referring to new, unnamed witnesses and facts, including the alleged presence of vehicles circling the diplomat’s residences, which could have possibly emitted waves and caused brain damage.

In exclusive statements to Granma, Carlos Fernández de Cossío, director for the United States at the Cuban Foreign Ministry, insisted that the latest theory about the possible impact of microwaves cannot explain the variety and diversity of symptoms that the State Department claims its diplomats in Havana suffered, and with time will lose credibility.

“They started with the theory of sonic attacks that could not withstand the analysis of the scientific community and police investigations conducted by both countries. Then they resorted briefly to a hypothesis about a viral attack that was discarded for lack of evidence. For several months now, they have been talking about a brain concussion, without a concussion taking place, and attributed to only four diplomats,” Cossío recalled.

The Cuban diplomat noted that no evidence is available to support the latest theory or any scientific principles to justify its conclusions, although some media outlets are reporting the microwave story.

"What has been demonstrated is what scientists from Cuba, the United States, and other countries maintain, and what the island’s government has said from the beginning: the existence of attacks is false and the U.S. government knows this very well, since it has had multiple opportunities to prove it," he reiterated.

He recalled that at no time has the U.S. allowed Cuba access to the medical records of affected persons; or referred to previous illnesses they may have had; or examined behaviors these people had in common, which could perhaps explain to a certain extent the symptoms that have been reported, according to the State Department.

“There has been no attack or deliberate act against any of these diplomats and the State Department knows this. The use of the term "attack" implies a deliberate political manipulation that reflects a predetermined agenda and harms both countries," Cossío continued.

"No theory without foundation will withstand public and scientific scrutiny over time, and this will crumble on its own, as has happened thus far," he concluded.