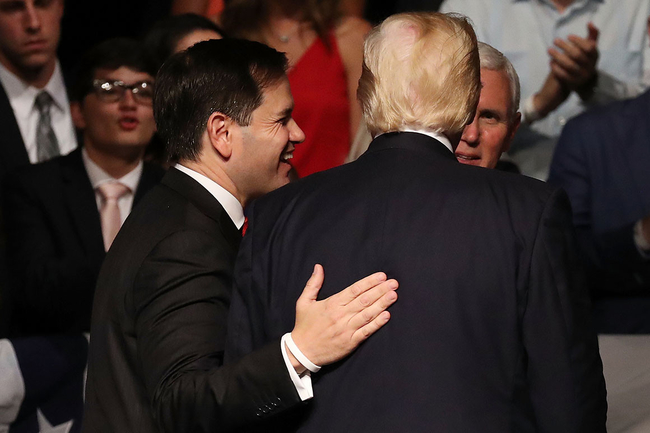 The Trump administration is expected to name the anti-Cuba hardliner Mauricio Claver-Carone as the new senior director of the National Security Council’s Western Hemisphere Affairs, according to a report on McClatchy DC.

Claver-Carone is the former executive director of the largest pro-blockade lobby in Washington and was one of the most outspoken opponents of the Obama administration’s rapprochement with Cuba.

A Wall Street Journal editorial titled ‘Good News for the Americas’ praised the appointment as the “aide knows the Cuban role in destabilizing the region.” The editorial said his appointment is a “sign that the White House is serious about addressing the root cause of the problem.”

Claver-Carone is a cheerleader for US intervention in the Latin America and previously said how “sanctions are an important tool of leverage for democratic change, particularly in a post-Castro era.”

His appointment is the latest move of increased US intervention in the region from the Trump administration. His administration has already further tightened the blockade of Cuba, restricted travel to the island and all-but-closed the US embassy in Havana. Trump has also applied further sanctions on Venezuela and Nicaragua.

A Politico report referred to Claver-Carone as being “tied to Sen. Marco Rubio” and outlined his “instrumental” role in Trump’s application of increased sanctions on Venezuela.

Claver-Carone will work under National Security Advisor John Bolton, a hardline hawk and architect of the 2003 invasion of Iraq. Bolton infamously made accusations of Cuba of developing chemical weapons in 2002 when Undersecretary of State for Arms Control and International Security at the UN. He also previously said that he would put Cuba “right back on the terrorism list”.

Trump’s foreign policy in the region is now in “the hands of top anti-Castro hard-liners in the areas of White House policy, multi-lateral policy, finance and media”, according to Politico.

Otto Reich, another hardline Cuban-American who guided foreign policy under Ronald Reagan, George H. W. Bush and George W. Bush and was closely linked with the 2002 US-backed coup in Venezuela, celebrated Claver-Carone’s appointment: “We have people who understand the cause, and not just the symptoms, of the problems in Latin America — not all the problems — and that is Cuba,” Otto Reich said.

“The United States has been a fire brigade in Latin America for the last 60 years and we have ignored, to a large degree, the arsonist,” Reich said. “Look at Venezuela today. The Cubans run the military intelligence systems, strategic comms, the voter rolls, the ports, airports, counter-intelligence police. In Nicaragua, it’s practically the same thing. They’re supporting [Nicaragua President Daniel] Ortega. The Cubans are in Bolivia supporting Evo Morales, and they were supporting the violence in Colombia, in Argentina and in Brazil”.

Rob Miller, CSC Director said: “This appointment is the latest in a long line of backward steps from the Trump administration on US-Cuba relations. Referring to Cuba as the root of problems in the region is an outrageous attack on the island. It is the United States’ interference and destabilisation attempts in Cuba and Latin America that is the problem.

“Next month we expect that 191 countries will again vote in favour of ending the US blockade at the United Nations general assembly.

“The US should act on the fact that every other nation on earth wants the blockade ended. They should end the blockade now and move towards normalising relations with Cuba, rather than opting for more aggressive policies, and interventions in the region”.