The Cuban doctor and the pain of leaving Brazil 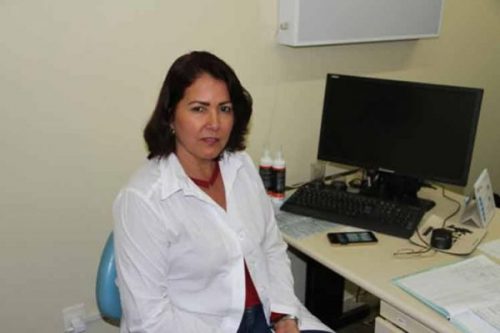 Brasilia. Everyone wants to hug the Cuban doctor Leidys Ana González Bello, who wants her patients to live healthy lives, and works continuously to treat the city of Santa María Sur, 35 kilometres from the capital.

“I would have liked to continue treating my patients. I am truly sorry to leave because I have forged many emotional bonds and it saddens me not to be able to continue with my consultations”, the doctor, a native of the island’s central-eastern province of Camagüey, tells the Cuban news agency Prensa Latina. She revealed that Brazil would see the end of her third mission as a member of the Henry Reeve International Contingent. She was previously in Pakistan in 2005 following the earthquake and then spent two years in Angola (2007-2009).

She explains that they were three very different missions. “Firstly, in each of these countries I dealt with different diseases, many of which have been eradicated in Cuba. You also assimilate other cultures; it is an enriching experience. You grow, you learn a lot and it was really important for my professional development”.

She is sorry to stop her preventive work in the poor community, but there was no other option after questions and offensive claims about Cuban professionals by the president-elect Jair Bolsonaro, which eventually affected the Más Médicos de Brasil, or Brazil’s “More Doctors”, programme.

González Bello is delighted because “[her] patients always motivate [her], they bless you and when they met [her] in Santa María Sur one said to [her]: Thank you God for giving me a Cuban doctor”.

Sighing and teary-eyed, she tells us that “it comforts you, it feeds your soul and gives you the strength to carry on, even though you’re far away from family”.

She reiterates: “We were trained in another way of practicing medicine, in a human and caring manner, with a more patient-based approach. In this area we had to change lifestyles, eating habits and everyone is grateful”.

When asked about health coverage, she replies that every month she sees “between three and four thousand people, many with chronic illnesses due to old age. [She] examines around 30 patients a day”.

Such illnesses will increase over the coming years due to the ageing population and new lifestyles and working habits. The result will be a higher number of patients and a gradual strain on health services that are almost non-existent in poor and remote areas of Brazil.

“For this reason”, states the doctor, “I prioritised preventive work in chronic illnesses, in primary health care and in decompensated people, without any type of treatment. I didn’t have a schedule”.

“However”, she points out, “I was able to begin my studies at the university. I give lectures and attend others”.

“In order to come to Brazil, we were trained in Cuba by Brazilian language teachers and at the online university you pass subjects by completing modules and then finish as a specialist in family medicine. I also take part in training courses”, she adds.

After several hugs, the Brazilian stomatologist Alipio Carvallo Brito only manages to say: “It was a rewarding experience working with her; she did a great job. Patients will be left without Doctor Leidys’ talented hands and wonderful heart. She put all her love into caring for Santa María Sur”. (PL)