UK Government responds to CSC on US Blockade of Cuba 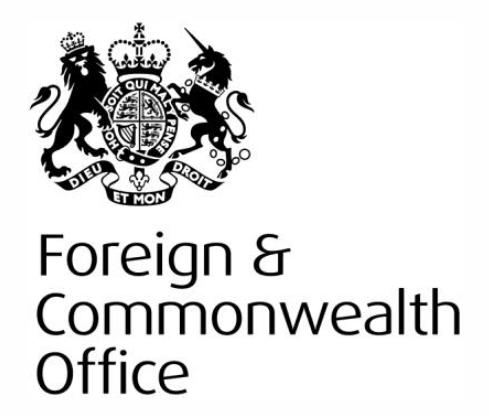 UK government says "The extraterritorial impact of these measures on the UK, in violation of commonly accepted rules of international trade, negatively affect British economic interests"

Following an urgent Cuba Solidarity Campaign action that led to over 800 CSC members and supporters writing to Sir Alan Duncan MP in less than 48 hours, CSC has received a written response from the UK Government regarding the UK’s position on Cuba’s Resolution 72/4 of the United Nations General Assembly entitled ‘Necessity of ending the economic, commercial and financial blockade imposed by the United States of America against Cuba’.

The letter, from Rafia Choudhury, Latin America Department at the FCO, is sent on behalf of Sir Alan Duncan MP, Minister of State for Europe and the Americas, and follows a CSC letter and urgent action in October in the days before the UN general assembly vote.

The UK, alongside the EU, voted in support of the Cuban resolution at this year’s UN General Assembly on 1 November, where the final vote was another overwhelming rejection of US policy towards Cuba. Out of the 193 member body, 189 countries voted in favour of the resolution, with only the US and Israel voting against. Moldova and Ukraine did not vote.

“We believe that the US sanctions and other unilateral administrative and judicial measures have a damaging impact on the economic situation of Cuba…”.

The letter continues to outline:

“The extraterritorial impact of these measures on the UK, in violation of commonly accepted rules of international trade, negatively affect British economic interests, which is why both the EU and UK have passed legislation to counteract the effects of the embargo.”

Following an urgent action from CSC, over 800 people contacted Sir Alan Duncan MP in the two days leading up to the UN general assembly vote. The FCO also ask that we publish the letter in response to this action which we are pleased to do here.

The CSC action to Sir Alan Duncan urged the UK to ignore the US attempts to sabotage the annual UN vote by tabling a number of spurious amendments this year. The letter also spelt out the malicious effects of the ongoing US Blockade policy.

CSC made clear the ongoing impact of the US policy on UK organisations, companies and individuals wishing to trade and share with Cuba:

‘The US policy is extra territorial and a long list of British companies, including banks, have been threatened with and fined large sums by the US Office of Foreign Asset Control for trading with Cuba. The Cuba Solidarity Campaign itself has had our bank accounts closed by the Cooperative Bank as a direct impact of the blockade’

CSC’s letter referenced the actions of the Open University that banned Cuban students from its courses until a long campaign by CSC and its members forced them to withdraw their ban.

‘The Open University even preferred to break UK equality legislation by banning Cuban students from attending courses in the UK due to the perceived threat from the US blockade policies. I am pleased to say that they have since overturned their discriminatory position under threat of legal action.’

"The UK Government will need to protect UK companies and individuals from the threats of US bullying. It would do well to make even louder its opposition to the US Blockade and look to take a legal case against any company that cooperates with the US blockade policies. This is something that the UK can do based on its own ‘Protection of Trading Interests’ legislation.

"CSC will continue to push for better UK – Cuba relations. We will take whatever steps we can to challenge any extraterritorial impacts of the Blockade on UK companies and individuals here."