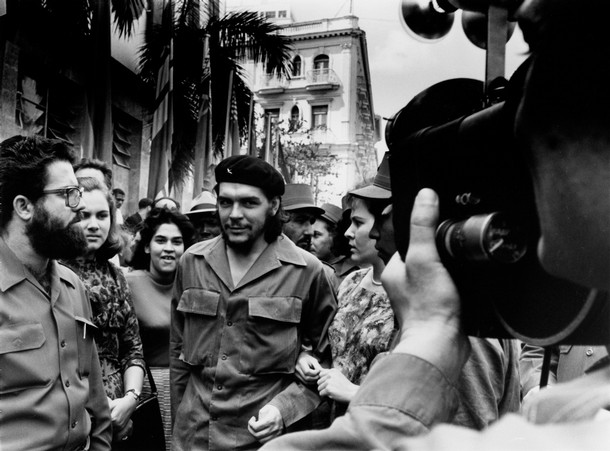 Police in Greater Manchester have told a pub to take down its picture of Che Guevara, a landlord has alleged.

Geoff Oliver, who owns The Sportsman in Hyde, claimed at the weekend that he may face a criminal investigation for displaying a photo of the revolutionary in his pub window.

Mr Oliver told the Star that he was woken up on Friday morning by the local police licensing officer, who told him that complaints had been received about him displaying a photograph of a “terrorist.”

The officer assured Mr Oliver that he could display the picture of Che inside the establishment, but warned that if he did not take it down from the window, he would be obliged to submit a report of the crime. This would then lead to a formal criminal investigation.

Mr Oliver, who also runs the Cuba Libre restaurant in the pub, told the Star that he would not be taking down the image of Che.

He also said that he felt there was a “degree of intimidation” behind the request, and speculated as to whether it was related to the pub’s imminent licensing review.

Dai Morgan, a regular at The Sportsman and the Cuba Libre, said: “This is a disgraceful attack on free speech and no laughing matter.

“Who is this shocking ignoramus? Che stands with Mandela as one of the great fighters for freedom of the 20th century.”