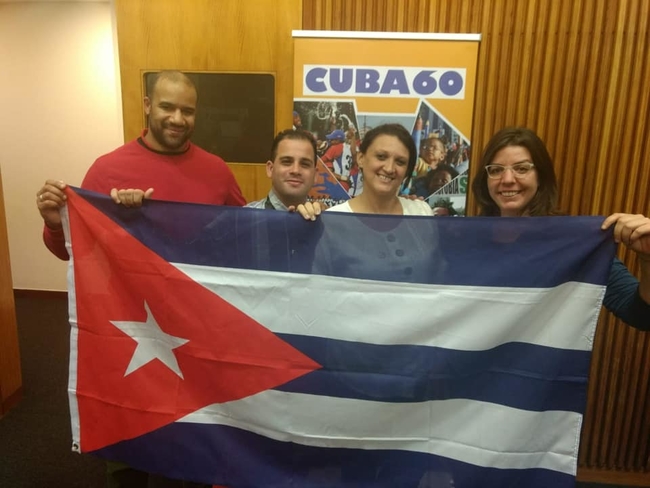 Many young members from the hosting trade unions had previously visited Cuba on CSC’s Young Trade Unionists’ May Day brigade and the tour provided opportunities to further strengthen the links and solidarity between British and Cuban workers.

“This is very different to our experience. In Cuba, joining a trade union is something ‘natural’. You are encouraged to join a trade union on your first day of work.”

On the role young workers in Cuba, Yelena said: “Cuba has an ageing population, which means that young people now have the responsibility of preserving and ensuring the continued triumph of the Revolution to which so many people in the past have not only given their lives, but also dedicated their thoughts and dreams.

“The Revolution will only move forward and continue to triumph through the efforts of our young people who have been brought up with its values and aspirations. That is our most important commitment: we have the responsibility of keeping the Revolution alive.”

The tour was Yuniel’s first overseas trip and Yelena’s first visit to Britain. “We have really enjoyed our tour here, meeting trade unionists and visiting many different cities. But it’s also made us appreciate our country even more. Sure, we have problems, but they are economic problems. These economic problems are entirely due to the US blockade. It is a big shock and very sad to see the huge levels of homelessness and social problems on the streets in Britain,” Yelena said.

The Cuban guests were hugely grateful for the international solidarity with Cuba that they experienced throughout the tour. “It has been very surprising, the level of support and international solidarity for Cuba so far away from our island. It is great to see the support for Cuba, despite all the right wing media lies about our country”, Yuniel said.

“Going to Cuba is the best way to discover our reality” Yelena added.

Yelena said, “Thanks to the Cuba Solidarity Campaign for giving young workers in Cuba the opportunity to visit Britain and exchange views and experiences with the people here. And thank you to all the trade unions and individuals who have given us a really unforgettable experience – each in their own way and at different times and places.”

Cuba Solidarity Campaign would like say a massive thank you to all the trade unions that hosted the Cuban workers and made the tour possible. 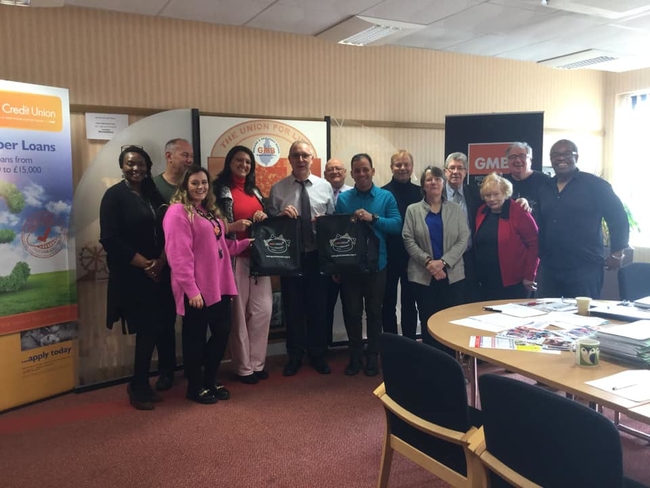 Yuniel and Yelena spoke at the GMB regional committee meeting, where they met Martin Allen, Midlands and East Coast Regional Secretary and were hosted by Sarah Worth, Regional Organiser 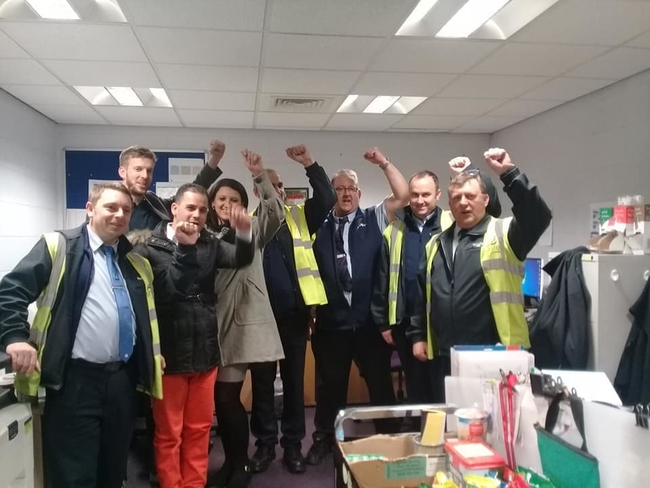 In Leeds, they visited First Leeds Bus Depo, where they met with officers from the Unite NE 302/36 Leeds Bus Workers branch 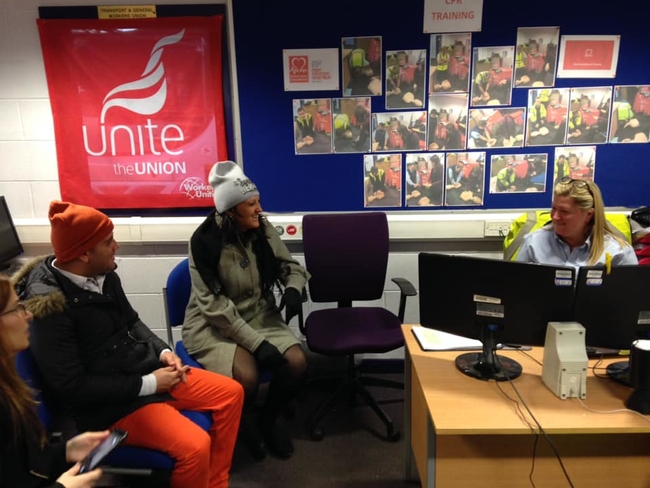 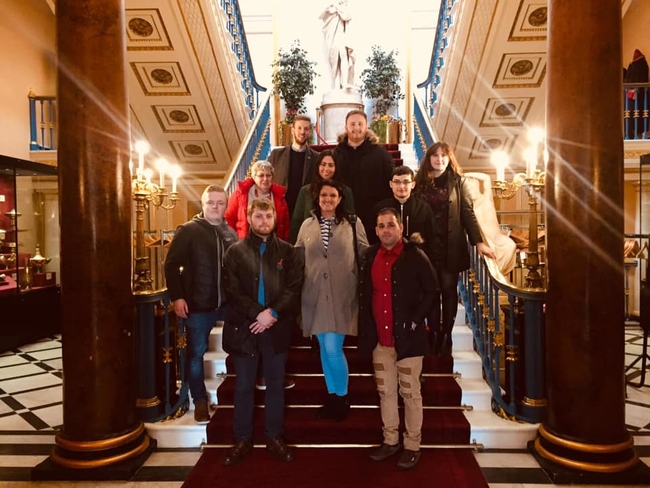 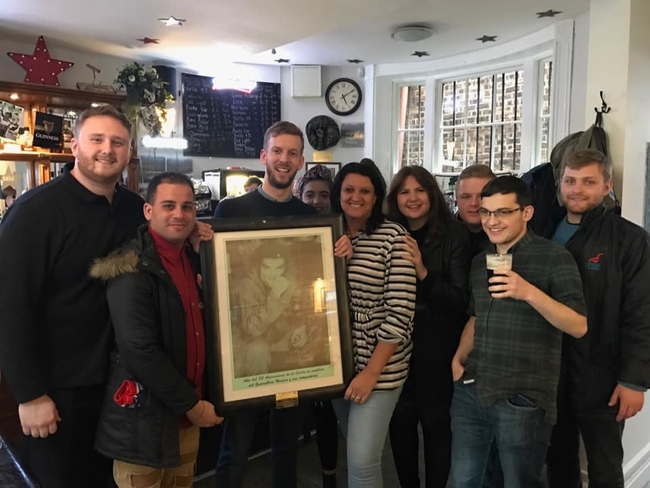 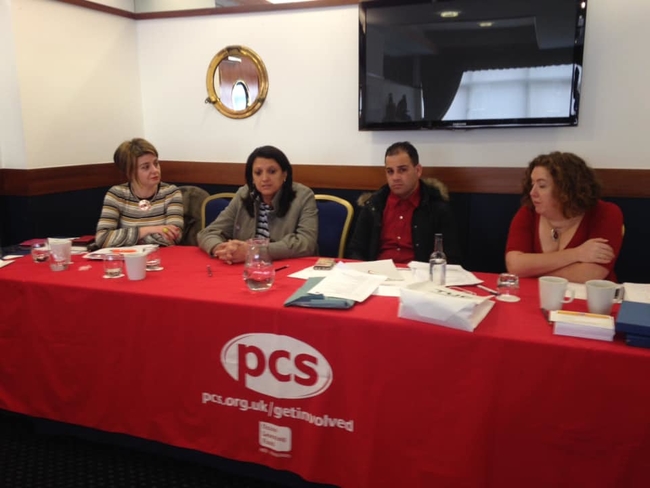 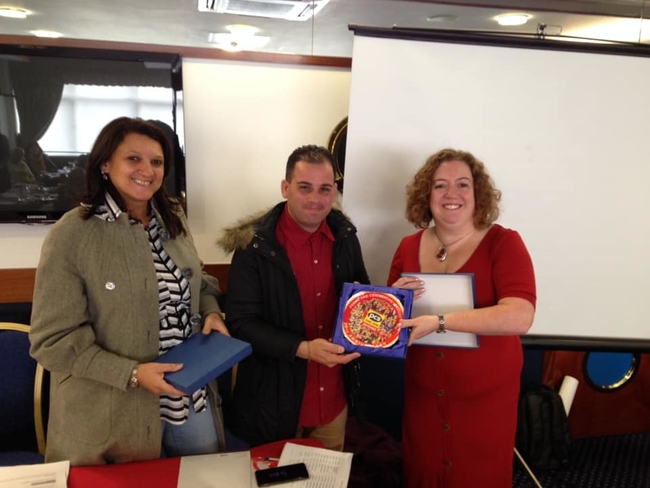 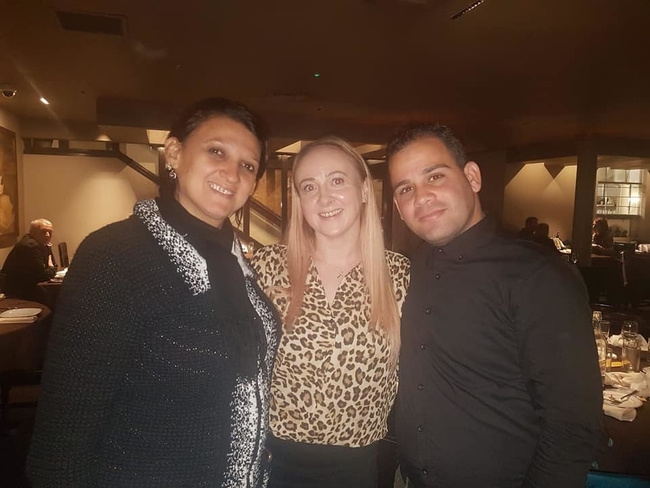 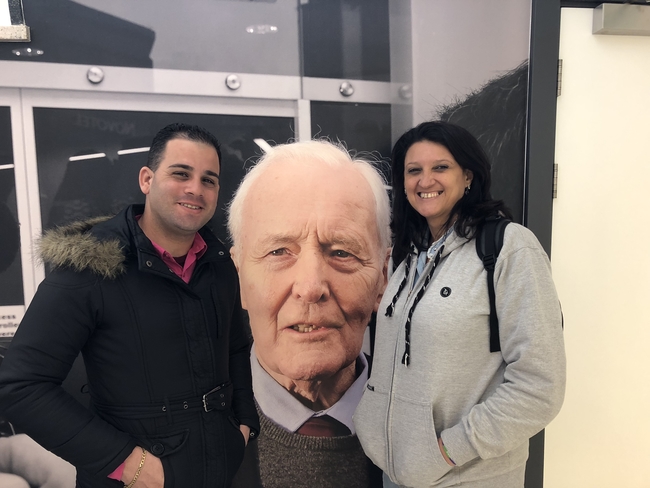 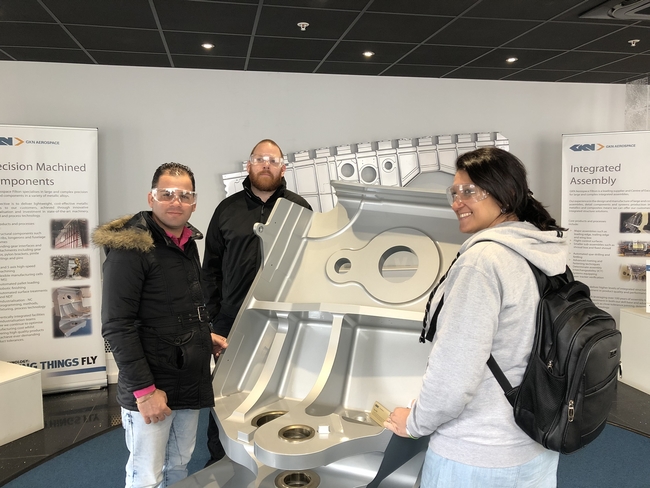 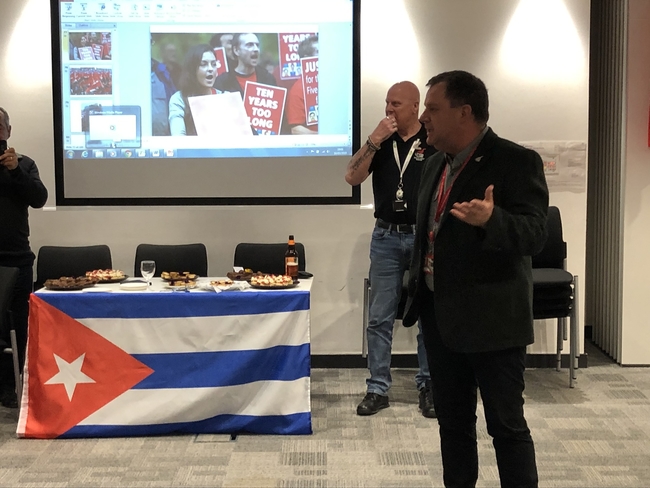 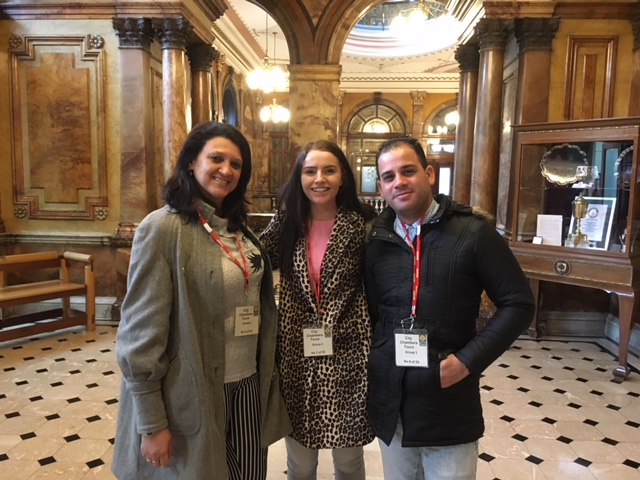 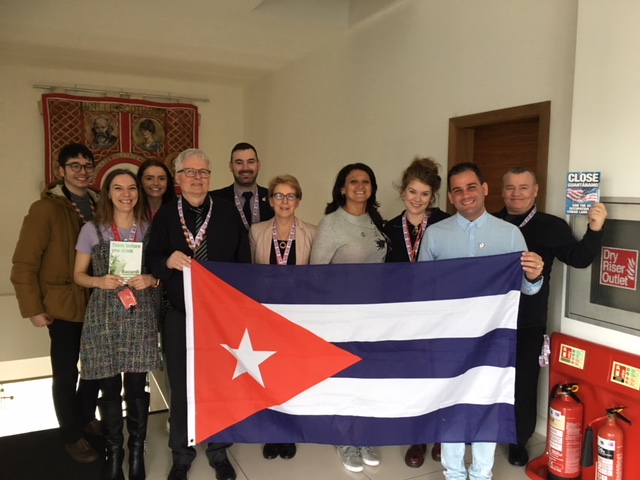 Yelena and Yuniel with Unite Scotland officials and members 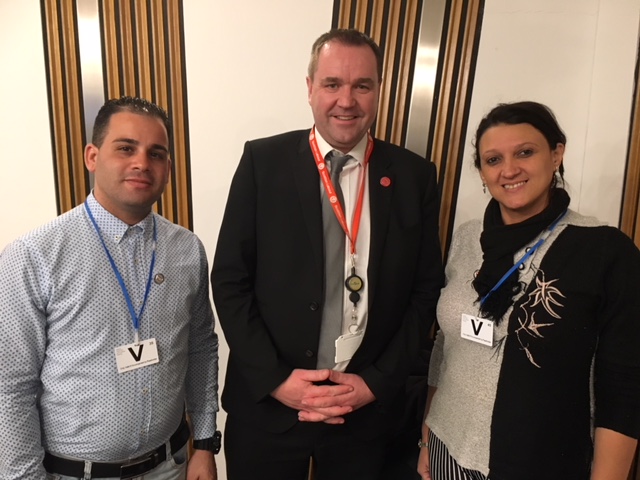 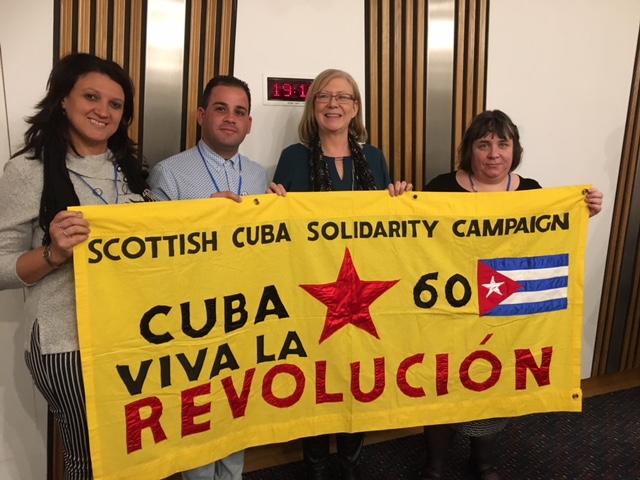 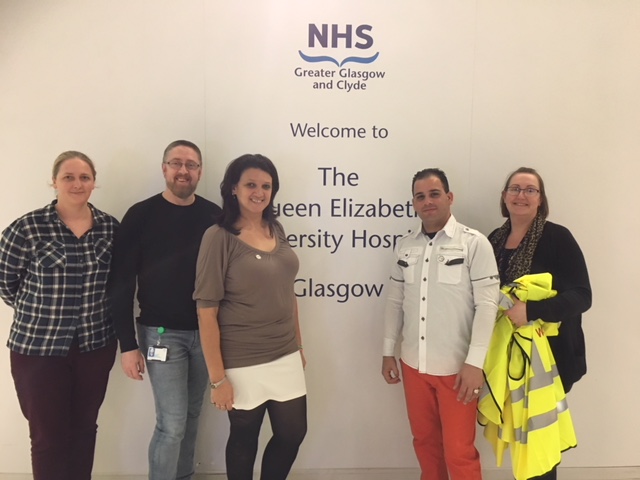 A workplace visit with UNISON Scotland at the Queen Elizabeth Hospital 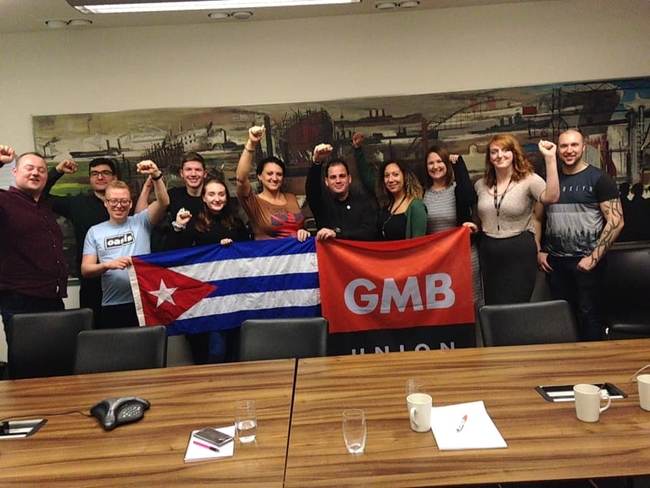 Yuniel and Yelena at GMB's National Office in London, with young members and officials 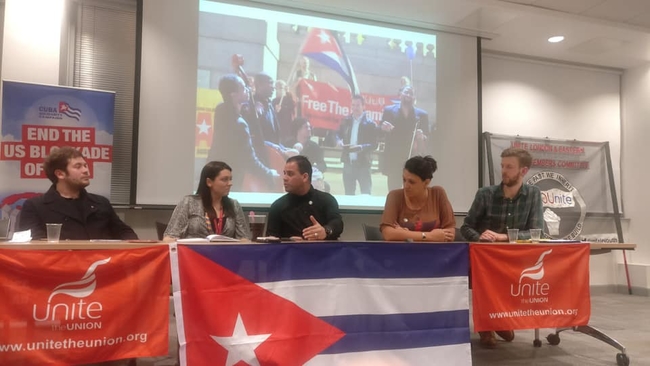 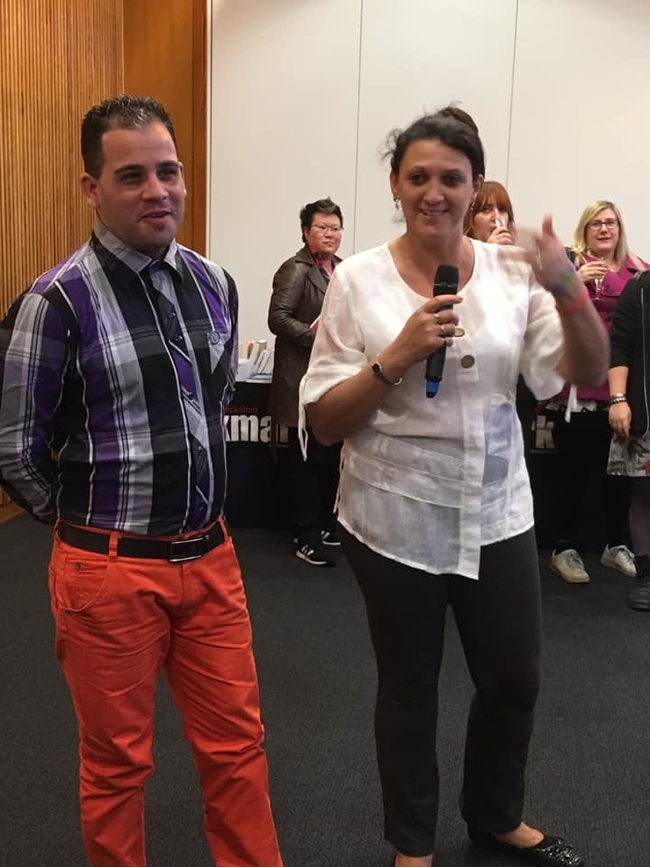 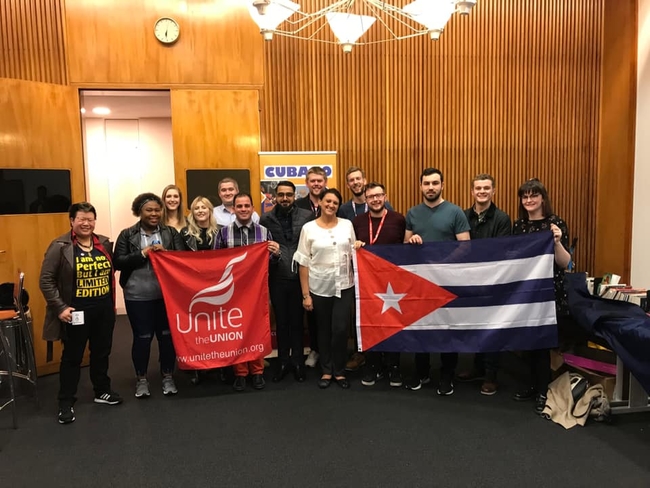 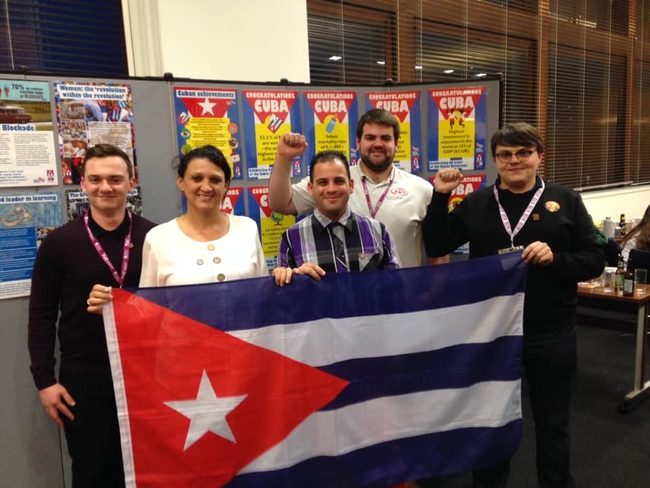 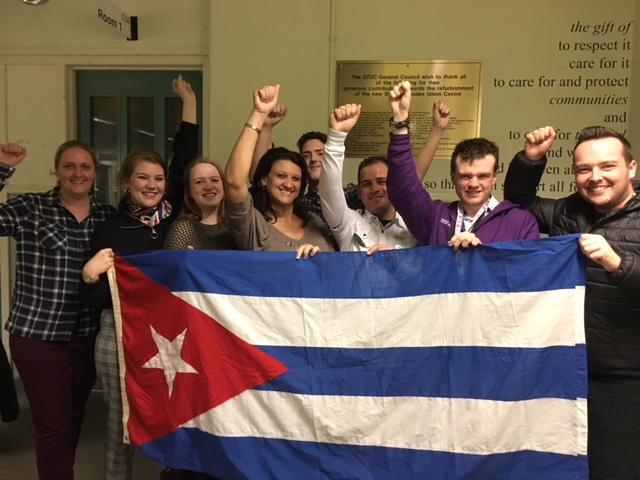 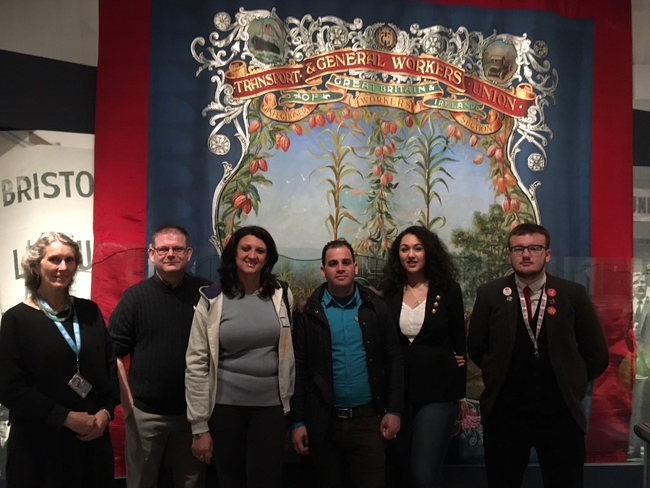