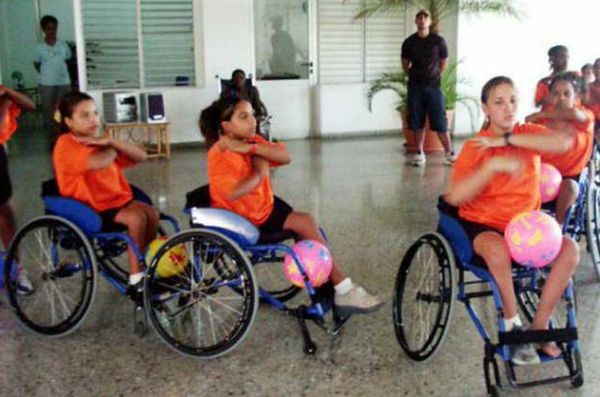 Miguel Diaz-Canel, president of the Councils of State and Ministers, announced this Wednesday in Twitter that Cuba will soon inaugurate two new pedagogical centers for the care of children with special educational needs.

Soon in Cuba we will inaugurate two new schools for children with severe disabilities in the center and east of the country. The experience of the “Republic of Panama” Special School is extended at the request of Army General Raúl Castro Ruz, tweet the Cuban president.

The announcement comes in the context of the presentation to the Committee on the Rights of Persons with Disabilities of a report that shows the country’s commitment to the promotion and protection of the human rights of its people and the construction of a society that achieves all justice and full dignity, according to the Vice Minister of Foreign Affairs, Anayansi Rodriguez.

The special education centers are at an advanced stage of construction in the provinces of Villa Clara and Santiago de Cuba, which will have classrooms for teaching, workshops for work preparation, speech therapy, psychopedagogy, psychology and rehabilitation.

Among the purposes of the institutions are the physical-motor and psychological rehabilitation in relation to the diagnosis of each student and the objectives of the corresponding educational level to ensure continuity of studies.

Schools will have the necessary technical support to offer physical rehabilitation services or other specialized treatment that contribute to self-validation or other compensatory mechanisms.

Solidarity with Panama was inaugurated in Havana in 1989 by the historic leader of the Cuban Revolution, Fidel Castro, in order to look after children with physical and motor limitations and in April 2018, during a visit made there by Army General Raúl Castro, first secretary of the Communist Party of Cuba, he described it as one of the most beautiful, prettiest and fairest works of the Revolution.