Cuba is a safe country, but U.S. continues its attempts to manipulate reality 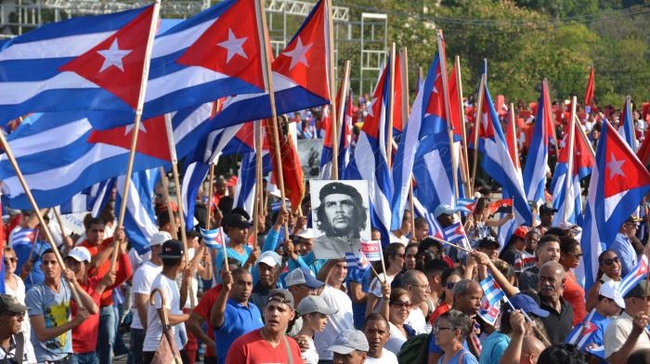 Yesterday, July 24, Cuba demanded that the U.S. government cease its manipulation of alleged health problems reported by its diplomatic staff in Havana, as a pretext to impose aggressive measures to harm our country, economy, and people.

In statements to the press, Johana Tablada, the Foreign Ministry’s director for the United States, described a new study from the University of Pennsylvania, published in the American Medical Association Journal, which compared images of the brains of U.S. diplomatic personnel who reported health problems during their stays on the island, with those of a control group, and concluded that differences between the two exist.

Tablada recalled that in March of 2018, in the same journal, an article was published that described the clinical condition of the diplomats, yet, on this occasion, following the publication of the new article, the corporate media has immediately responded with full coverage.

“Two years later, after much speculation and little information or cooperation, not a single reason has appeared to justify the closing of consular services, the expulsion of Cuban diplomats in Washington, deceptive travel warnings, and all the unjust measures adopted by the U.S. using the pretext that its functionaries may face some kind of danger in Cuba.”

She noted that these measures have had a significant human cost to our population, now obliged to travel to third countries to seek U.S. visas to visit relatives, or participate in professional events, with no guarantee that they will actually be granted - despite the fact that specialized agencies in the U.S. and Cuba, such as the FBI and the Directorate of Criminal and Criminal Investigation, agree that there is no evidence of any kind of attack on diplomats in Havana.

Tablada denounced U.S. National Security advisor John Bolton and the State Department, which in their public documents have maintained the irresponsible use of the term "attacks", which deliberately “implies malicious intentions and has never been substantiated."

She stressed that Cuba is a safe country for diplomats from the U.S. or any other country, and for the millions of travelers from the entire world who visit Cuba every year, and reiterated the Cuban government’s desire to develop a respectful dialogue and cooperate on this and other issues for the benefit of both peoples.