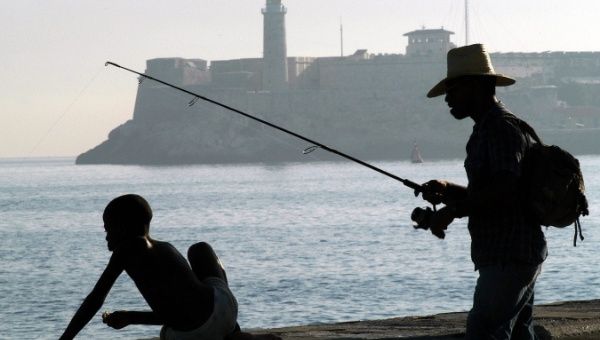 Fishing regulations have been changed in Cuba, much to the delight of environmentalists who believe the adjustments will positively affect the Florida Keys and the island's northeast coast.

For the first time in two decades, Cuba is reforming its fishing laws to "adhere to international codes and conventions of responsible fishing and recognizes forms of state and non-state management," Food Health Minister Iris Quiñones said earlier this week.

The Ministry of Food Industry (MINAL) presented last March the Fisheries bill that includes the implementation of scientific and technological principles and the protection of marine ecosystems, rivers, and lakes.

It also establishes the separation between sport and recreational fishing and gives the MINAL the order and management of resources in the areas established for fishing.

“We are facing an improved law that incorporates interesting elements in line with international regulations, and the management and protection of fisheries resources,” Rafael Perez, a legislator for the central province of Ciego de Avila, told Prensa Latina.

The law was also praised by U.S.-based environmentalists such as Dan Whittle, director for the Caribbean of the Environmental, who stated that "It is a significant step in international efforts to preserve coral reefs and shark, blanket and other marine life populations.”

Members of parliament attending the third regular session of the National Assembly of the People’s Power this week also passed a new electoral law which reinstitutes the role of prime minister in Cuba.

The law aims to lighten the load on single figureheads such as the president and boost policy execution. Under it, the prime minister can be elected for five years to a maximum of two consecutive terms.

Previously, the 1976 constitution abolished the role of the prime minister and all executive powers were consolidate into the presidency.