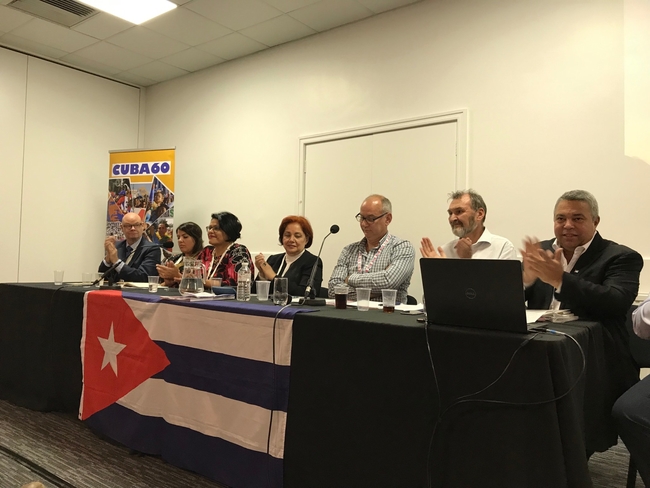 The US blockade of Cuba has “failed” because the country "has not been able to defeat us,” a senior trade unionist from the socialist island has told British workers.

Speaking to over 150 delegates at the Cuba Solidarity Campaign’s fringe meeting at the TUC Congress in Brighton, Workers Central Union of Cuba general secretary Ulises Guilarte de Nacimiento defended the record of the Cuban government.

After criticising US President Donald Trump's withdrawal from international climate-change agreements and the “inhumane” treatment that immigrants receive in Immigration and Customs Enforcement concentration camps, Mr Nacimiento said the US hostility to Cuba had “failed.”

He said: “The convictions of the Cubans are maintained because they haven’t been able to defeat us. “We’ve been able to construct a social project based on the dignity, sovereignty and independence of our people. “We haven’t gone down on our knees in front of the empire.

“That small island has been able to demonstrate, with its own efforts and with the efforts of international solidarity, achievements that for other countries of the world are still a chimera.

“We will always put at the centre of our policy the human being, and to create an atmosphere in which people have the motivation to defend the ideas which they believe.”

Mr Nacimiento received a standing ovation for his final remarks, in which he thanked British trade unionists for their support for Cuba.

He said: “Your small contributions to our cause mean that governments like Cuba can contribute to the rest of the world. “Cuba will always be a tribune for sovereignty, independence and unity.”