US renews application of Trading with the Enemy Act against Cuba 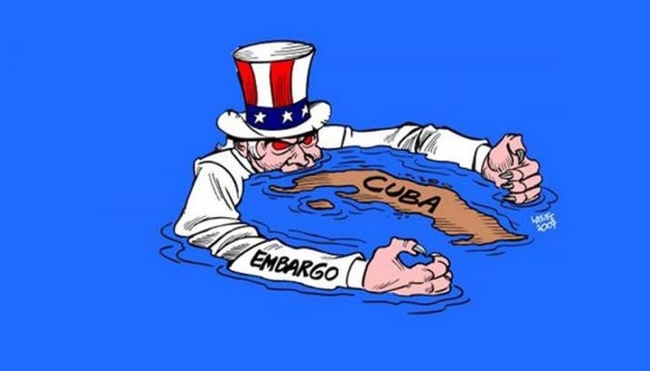 Havana, September 16 (RHC)-- As the grand finale of a week in which relations between the United States and Cuba further deteriorated, the White House announced Saturday that President Donald Trump extended for another year the validity of the law that establishes the basis of the blockade against the Caribbean island.

In a memorandum addressed to the Secretaries of State and the Treasury, President Donald Trump instructed the extension of the Trading with the Enemy Act for another year, saying the decision is in the national interests of the United States.
This legal rule delegates to the U.S. president the possibility of applying economic punishments in times of war or any other period of national emergency and prohibits trade with the enemy or its allies during armed conflicts.

It is the third time since he took office that Trump has extended the law that was passed during World War I and that has been applied against Cuba since 1962 when then President John F. Kennedy resorted to this law to establish the blockade. The Caribbean island is the only country in the world on which this law is applied.

The application of this policy for almost 60 years has been reinforced by other regulations such as the Foreign Assistance Law (1961), the Law for the Administration of Exports (1979), the Regulations for the Administration of Exports (1979), the Torricelli Law (1992) and the Helms-Burton Law (1996), whose title III of the latter was activated in June of this year allowing the establishment of lawsuits against Cuban and foreign companies that do business with properties nationalized after January 1st, 1959.