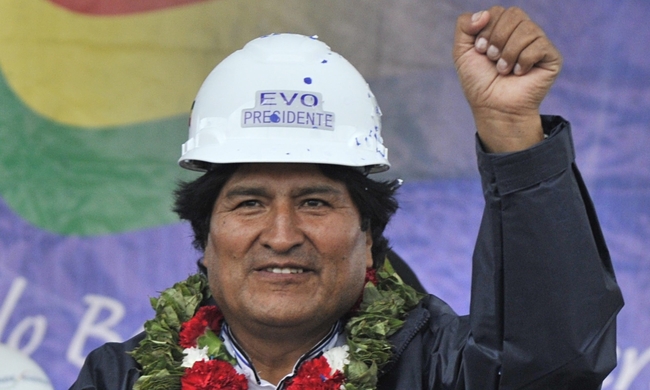 The Cuba Solidarity Campaign adds its name to the long list of organisations that have condemned the coup d’etat in Bolivia.

We condemn the military coup against the elected government of Bolivian President Evo Morales, who was forced to resign and leave the country in the face of the threats of violence from sections of the military and the extreme right wing opposition.

The recent election results saw a majority of Bolivians vote for a continuation of a Morales-led Government. The results were recognised by the majority of the world community.

However a section of the Bolivian elite, undoubtedly supported by far right elements in the United States, have decided to overturn the democratic will of the majority of Bolivians by force.

It is clear that a major role in this coup has been undertaken by individuals and groups coordinated by the anti-Cuba lobby operating mainly out of Florida. These are the same groups that have coordinated and supported aggressions against Cuba, Venezuela and Nicaragua over many years.
We note that the Cuban President Miguel Diaz-Canel issued a statement of “strong condemnation of the coup d'etat and our solidarity with brother President Evo Morales.”

Cuban mass organisations including the Cuban Trade Unions have also issued their condemnation of the coup and support for President Evo Morales and the struggle for democracy and sovereignty.

Read the statement in full here

On Wednesday 13 November there is a 'No to the coup in Bolivia - no more Pinochets in Latin America' public meeting at the NEU's Hamilton House, 6.30pm. Full details are online here