Five years since the return of the Five 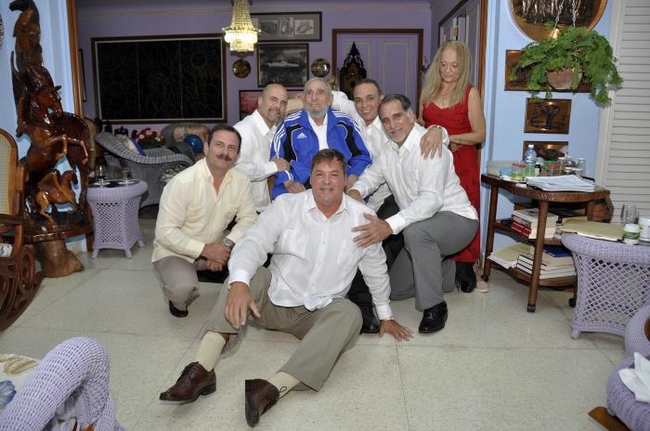 It was December 17, 2014. The entire people, who fought and demanded their return, witnessed Fidel’s prediction come true. The Five, all of them, were finally home.

It was a day of celebration and tears, hard to contain with so much emotion. Television captured every moment, from the moment that the plane carrying Gerardo, Antonio and Ramón approached the runway at José Martí International Airport in Havana, until the door was opened and Gerardo appeared on the steps, then Antonio and finally Ramón. How to forget the the heroes’ reunion with their families there! The emotional embrace of Raúl, who awaited them in the name of Fidel and the entire people.

Convictions became reality. The Five, their duty to the fatherland done, knew that the people all wanted to embrace them, that the children would rush to kiss them, that young people were more committed because of their example.

This 17th marks the fifth anniversary of that happy return to the homeland, the Five Heroes have strengthened their worth as patriots and aken on tasks, perhaps less risky, but heroic as well, as the professionals they are, as revolutionaries forever, and as children of the homeland that was incomplete five years ago, when they were still imprisoned.

They knew how maintain their dignity during those long and unjust years in prison, always sure that only 90 miles from their dark cells was a country mobilized to demand their return, and Fidel who, with the conviction and security of always, had stated: "They will return." Raúl took up the task and saw it through.

But the battle for the return of the Five, in addition to becoming more and more massive in Cuba, crossed seas and oceans until it became the banner of a worldwide solidarity movement, including the United States.

The return of Gerardo, Antonio and Ramón completed the happiness of a people that before, on October 7, 2011, made the joy of René's freedom its own, and on February 27, 2014, that of Fernando.

They are five young Cubans, trained entirely by the Revolution, all prepared to fulfill any mission to defend their homeland.

They are men committed to the project we are constructing, with unwavering confidence in victory, wearing the noble, sincere smiles of the heroes they are.