Cuba denounces U.S. unilateralism as a threat to human rights around the world 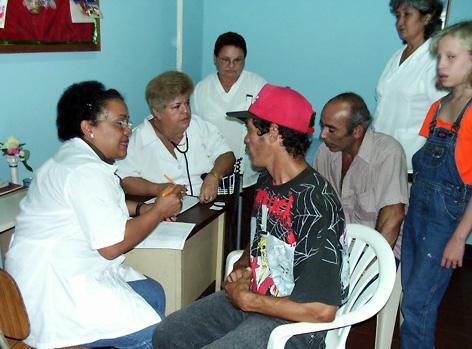 The Cuban Foreign Minister stated that our country will continue to save lives and provide health and well-being wherever we are requested. Photo: Jorge Luis González

"Unfortunately, the unilateralism of the United States undermines the promotion and protection of human rights of everyone on the planet," stated Cuban Foreign Minister Bruno Rodríguez Parrilla on Tuesday in Geneva.

Speaking during the High Level Segment of the 43rd ordinary session of the Human Rights Council, he added that neoliberal policies imposed by the northern nation violate economic, social and cultural rights and prevent other nations from exercising their right to development.

Among several examples of coercive actions, the Cuban Foreign Minister emphasized that the interests of all countries are damaged if they remained inert in the face of U. S. threats to crush the Bolivarian Republic of Venezuela, destabilize Nicaragua, and destroy other nations.

He stressed that the unconventional wars waged by the United States and its violations of international law systematically violate the rights to peace and self-determination.

"Their unwillingness to confront climate change poses an existential challenge to the human species. The political manipulation and double standards of the U.S. impede genuine international cooperation on human rights," he added.

He insisted that the tightening of the U.S. blockade of Cuba represents an act of genocide, according to the 1948 Convention, "a flagrant, massive and systematic violation of the human rights of our people."

Rodriguez further stated, "The use of non-conventional measures to prevent the arrival of fuel to our country has damaged every aspect of the daily lives of Cuban men and women, public transportation, education, health and food. The full application of the Helms-Burton Act deepens the extraterritorial impact of the blockade."

He explained that the U.S. government has placed extreme limitations on travel and air connections between the two countries, which affect Cuban families, residents in other nations, and the right to travel of the country’s own citizens.

The Foreign Minister referred to attacks on Cuba’s international medical cooperation and how U.S. hostility has threatened the health of millions of human beings who benefit from these programs around the world.

With the suspension of Cuban medical cooperation to several countries in our region alone, medical care for 67 million people has been seriously affected. The international community recognizes the professionalism and altruism of the more than 400,000 Cuban health workers, who over 56 years have served on missions in 164 nations, Rodríguez noted.

In this context, he recalled that the United Nations Organization and the World Health Organization have noted the fundamental contribution made by Cuban medical cooperation to the success of the fight against cholera in Haiti and Ebola in West Africa.

Rodriguez stated, "Cuba's response is firm: on the basis of legitimate intergovernmental cooperation programs, we will continue to save lives and provide health and well-being wherever we are requested."

During his remarks, the Foreign Minister explained that, despite the blockade and hostility of the United States, "Cuba is advancing in the construction of an independent, sovereign, socialist, democratic, prosperous and sustainable nation, based on the proven capacity of resistance and creativity of our people."

He reaffirmed that Cuba will continue to honor its commitments to international cooperation in the field of human rights, in particular its obligations under international instruments in this arena.