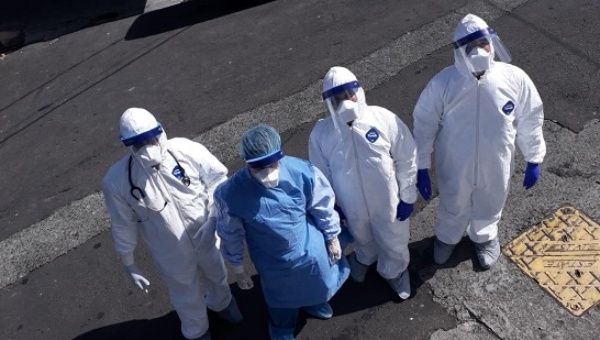 The Henry Reeve brigade members are assisting at various health institutions across the country.

Cuba’s medical brigade arrived in Saint Lucia to assist COVID-19 patients and prevent the virus from spreading. Biomedical engineers, nurses, and doctors made up the new group that reinforces Cuban medical aid on the Caribbean island.

The Henry Reeve brigade members are assisting at various health institutions across the country.​​​​​​, although most are concentrated in the Owen King General Hospital and Victoria Hospital, the latter specializes in respiratory diseases.

For his part, President of the Humanistic Association of Solidarity Cuba Santa Lucia, Tedburt Thobalds, referred to the longstanding relations between Cuba and Saint Lucia. The representative also praised Cuban professionals for their solidarity.

The Saint Lucia-Cuba Humanistic Solidarity Association released a communique in which they expressed their gratitude to Cuban doctors. The organization also condemned the U.S. blockade against Cuba and called it a hostile policy.

According to with the statement, the solidarity group also expressed its fraternity with Cuba after the "inhumane and undemocratic actions by the United States Government, amid the international community's fight against the COVID-19 pandemic.”

Cuba extends its solidarity aid to several nations affected by COVID-19, despite facing the outbreak of the virus in its territory. The Henry Reeve Brigade, which specializes in medical assistance in cases of disaster or emergency, has more than 1,200 professionals in 21 nations.

A total of 113 doctors, nurses and biomedical engineers made up the first group that arrived in Saint Lucia on March 27.