In memory of Jude Woodward 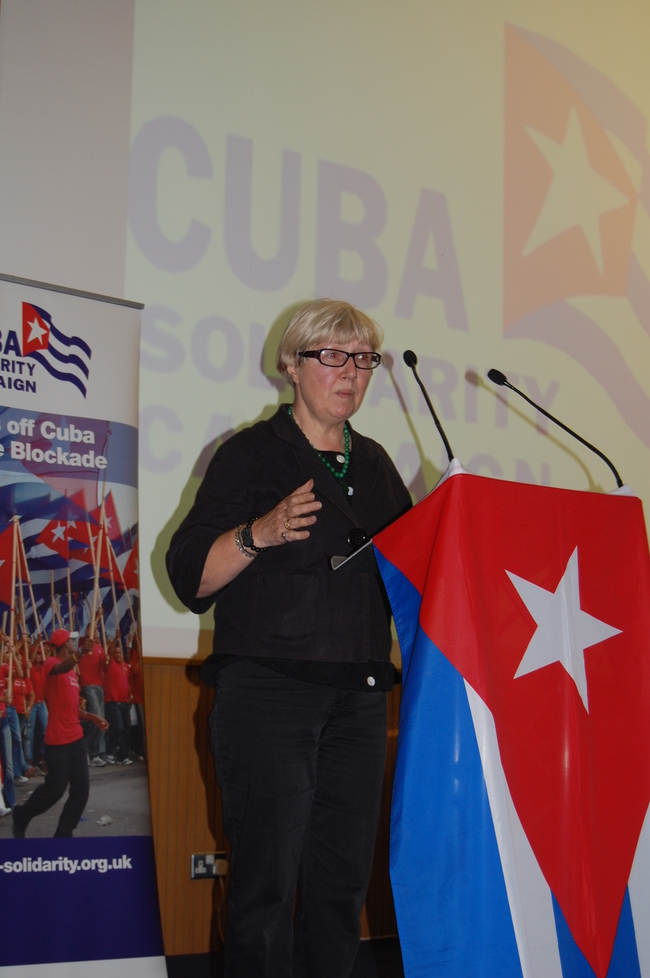 On behalf of the Executive Committee of the Cuba Solidarity Campaign and all our members and affiliates in the UK, we would like to offer our deepest sympathy to Jude’s family, colleagues and friends.

Jude was a wonderful friend to the people of Cuba. She was a long standing member of the Executive Committee of the Cuba Solidarity Campaign. Jude played a leading role in the development of CSC including working over many years on the democratic structures of CSC including our constitution.

Jude had a wonderful understanding and inside knowledge of the British trade union and labour movement. She was always ready to help others and regularly provided accessible and concise briefings, factsheets and updates on every subject particularly around the best ways to develop the solidarity movement in this country.

Jude was an internationalist who recognised that we could all learn so much from the experiences of the Cuban Revolution struggling to survive and develop under the constant threats from imperialism. She was a realist who understood the difficulties Cuba faced in building its socialist society in the face of such US aggression. Yet she also saw the very best in the Cuban people and applied herself selflessly to assist them wherever she could. She keenly followed developments in Cuba particularly the necessary economic changes made after the collapse of the Soviet Union.

Jude recognised the value of international solidarity and saw that Cuba offered a real alternative to the cuts and austerity led agenda which so marred the lives of millions of working people here who had seen their jobs and communities destroyed over the years.

Jude will be sorely missed by all of us at the Cuba Solidarity Campaign on a personal and practical level. Her support, clarity and advice, has been a vital component of our work over many years that will be difficult to replace.

The best tribute we can give to Judes’s memory is to strengthen our resolve in the struggle for an end to the US Blockade and for Cuba’s right to follow their own chosen path to continue to build their socialist society built on the principle of human cooperation and solidarity.