Annual UN vote on the blockade postponed to May 2021 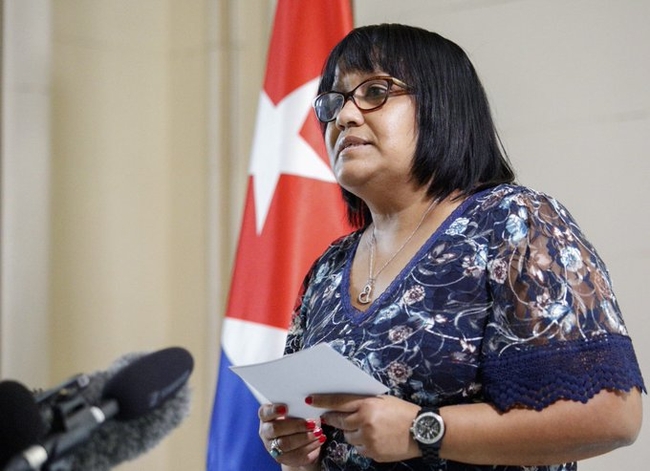 Cuba has announced that it will postpone the annual resolution it presents to the United Nations General Assembly condemning the US blockade of the island until May 2021.

Anayansi Rodriguez, the island's Deputy Minister of Foreign Affairs told a press conference on 29 July that the decision to postpone the resolution and vote had been taken "solely due to the ... COVID-19 pandemic and its direct impact on the work at UN headquarters" in New York.

According to Rodriguez, "the complex epidemiological situation derived from the COVID-19 pandemic at a global level and particularly in the United States, including New York City, will lead to changes in the normal development of the work of the United Nations General Assembly in its 75th session," which for the first time will be held "virtually" starting in September.

"That will have repercussions on the debate and vote on the resolution," she said, leading the government to opt to postpone the measure.

For the last 28 years the UN has voted overwhelmingly to condemn the US policy In 2019 the vote was 187-3, with only the US, Israel and Brazil voting against.

Read the full press statement by Anayansi Rodríguez below: The complex epidemiological situation caused by the COVID-19 pandemic at the global level and particularly in the United States, including New York City, will entail changes to the ordinary course of the work of the United Nations General Assembly in its 75th session, which is due to begin in September. This will have an impact on the debate and the voting on the resolution our country submits to the UNGA plenary meeting, which year after year has been supported by the international community that almost unanimously calls for the lifting of the US economic, commercial and financial blockade against Cuba. This resolution is traditionally presented and adopted by the UN General Assembly in autumn. However, the situation of the pandemic in the United States and particularly New York City cannot be predicted by that time. Instead, predictions indicate that there will be an upsurge in the disease, therefore sanitary and epidemiological measures will continue to be applied at the UN headquarters, which, inter alia, limit to the minimum the presence of delegations in its facilities. Taking into account these issues and in order to guarantee the proper development of the debate and the voting, whose positive results are closely followed by the Cuban people and the international community, it has been decided transfer the consideration of the draft resolution “Necessity of ending the economic, commercial and financial embargo imposed by the United States of America against Cuba” from the traditional date of late October and early November to the month of May 2021, during the resumed 75th session of the UNGA. We hope that by this date there will be an improvement of the epidemiological situation in New York City, the Organization´s headquarters. This decision responds only to the epidemiological consequences caused by the COVID-19 pandemic and its direct and practical impact on the work at the UN Headquarters. We reaffirm that as long as the US economic, commercial and financial blockade against Cuba persists, which far from being lifted as demanded by the international community, has been tightened even in these times of pandemic, Cuba will not stop denouncing this policy in all possible platform. On the twenty-ninth consecutive time, Cuba will submit to the United Nations General Assembly its draft resolution against the blockade, for which we trust in the sustained and overwhelming support of the international community. Havana, 29 July 2020
| top | back | home |