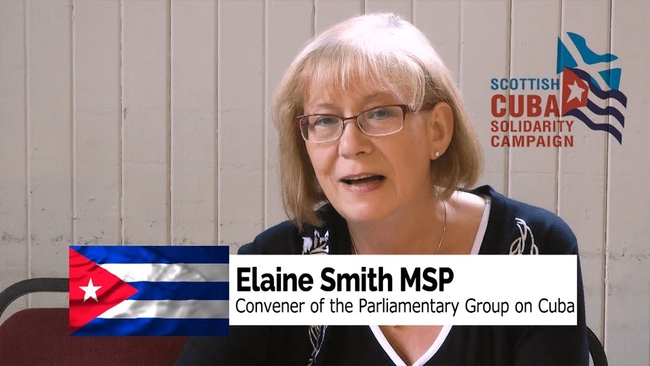 You can read the text of the motion below and watch Elaine speaking at a CSC meeting to mark the anniversary, alongside speakers from the Federation.

That the Parliament congratulates the Federation of Cuban Women (FMC) on its 60th anniversary; notes that it was founded after the revolution to advance women’s rights, gender equality and reproductive health rights, aiming to incorporate women into the work force and to promote their participation in the process of social and economic change; acknowledges that this was achieved by increased educational opportunities and employment; recognises that Article 44 of the Cuban Constitution, drafted in 1976, states that “The state guarantees women the same opportunities and possibilities as men in order to achieve women’s full participation in the development of the country”; applauds the achievements of the FMC for the invaluable work done by thousands of social and health workers in assisting women in particular who have to deal with the shortages and difficulties that have resulted from the 58-year-old US blockade and in the continued incorporation of women’s issues into national politics; notes that the organisation is not financed by the Cuban Government, which it understands has the second highest number of women MPs in the world, at 53%, and sends solidarity messages to Cuban women from all backgrounds whose membership of the FMC makes it of one the largest women’s organisations in the world.