Arce will restore Bolivia's relations with Cuba and Venezuela 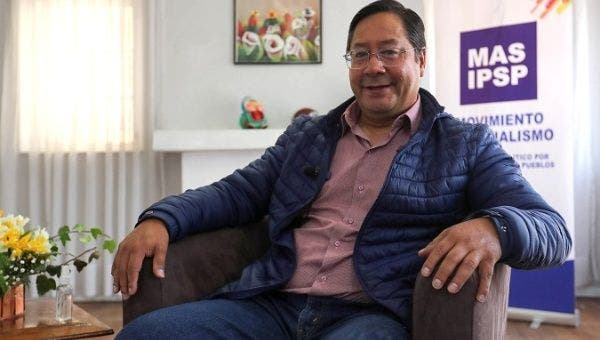 Arce emphasized that his government will open the door to all countries based on mutual respect and sovereignty.

Bolivia's elected president Luis Arce said that he would carry out a foreign policy of restoration of relationships with Venezuela, Cuba, and Iran.

"We are going to reestablish all relations. This government has acted very ideologically, depriving the Bolivian people of access to Cuban medicine, Russian medicine, and advances in China. For a purely ideological issue, it has exposed the population in a way unnecessary and harmful," Arce explained.

The former Economy Minister, during the 14 years mandate of Indigenous leader Evo Morales, participated in the process of increasing Bolivian's literacy levels and offering free healthcare to thousands with the support of Cuban doctors. All this social progress was radically paralyzed by the coup born government of Jeanine Añez.

Likewise, Arce emphasized that his government will open the door to all countries based on mutual respect and sovereignty. "Nothing more," Arce remarked.

On the other hand, the Movement Towards Socialism (MAS) leader warned that the Organization of the American States (OAS) has to amend its mistakes in Bolivia. The OAS co-authored the report on the 2019 elections that served as a pretext to coup Evo Morales. This report was later proved to be inaccurate. It has also supported the de facto government of Jeanine Añez, who carried out massacres and sank the country into an unprecedented economic recession.

In this sense, Arce was clear that the "OAS has to make amends for their mistakes. But if it does not, we (the elected government) will work, as well as with other countries, with international organizations that respect us."