220 Cuban Doctors To Fight the COVID-19 Pandemic in Panama 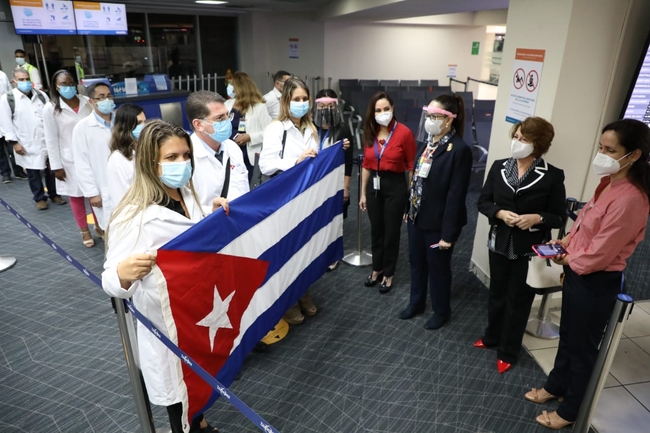 Panama on Thursday received 220 Cuban doctors who came to fight the pandemic in the Central American country that has the highest incidence rate of the disease in the continent.

On Dec. 15, Health Minister Luis Sucre announced the hiring of foreign doctors and the beginning of adjustments in health facilities to receive the growing number of COVID-19 patients.

Because of the lack of medical personnel, the Panamanian Government intends to hire doctors also from the United States, Mexico, Venezuela, and Colombia.

This decision, however, generated controversy because Panamanian law establishes that medicine is a profession that can only be practiced by citizens born in the country.

"We call on all specialists and general practitioners in the country who are not in the system to submit their resume and thus join the first line of battle against this pandemic," the Health Ministry said.

Panama, a country of 4.2 million inhabitants, accumulates 220,261 confirmed cases and 3,664 deaths. Since November, this nation has been experiencing increasing numbers of daily infections and deaths.

"Panama continues to register the highest incidence (number of new cases of a disease in a population and a given period) among the countries of the Americas. It has 4,511.1 accumulated cases per 100,000 inhabitants until Dec.13," the Pan American Health Organization (PAHO) explained.