US Democratic Senators Submit Bill To End the Blockade 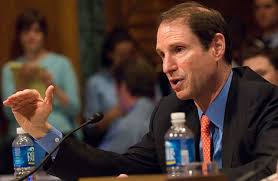 "The U.S.-Cuba Trade Act of 2021 would repeal the major statutes that codify sanctions against Cuba, including the Helms-Burton Act and the Cuban Democracy Act, as well as other provisions that affect trade, investment, and travel with Cuba. It would also establish normal trade relations with the country," the Senator explained in a press release.

Wyden also recognizes that the U.S. blockade on Cuba "is an artifact from the 1960s." The Senate Finance Committee chairman also remarked that "to continue this outdated, harmful policy of isolation would be a failure of American leadership."

The legislation would eliminate any prohibition on limiting annual remittances; establish all travel guarantees for U.S. citizens to visit Cuba; remove provisions restricting trade and other relations with the Caribbean country and legalize telecommunication services between both nations, among others.

The bill was co-sponsored by Senators Patrick Leahy (VT), Richard Durbin (IL), and Jeff Merkley (OR). In a press statement, Sen. Wyden called the embargo an outdated policy and stated that “Congress has a moral and economic obligation to the American people to improve U.S.-Cuban relations as swiftly and safely as possible.” If passed, the bill would repeal the Trading with the Enemy Act and the Cuban Liberty and Democratic Solidarity Act, and it would amend certain sections of the Trade Sanctions Reform and Export Enhancement Act and the Foreign Assistance Act of 1961. In 2017, Sen. Wyden introduced similar legislation.

In an interview with Univision, Juan González, the White House National Security Council Senior Director for the Western Hemisphere, stated that President Joe Biden seeks to lift remittance restrictions and allow those in the U.S. to travel to Cuba.