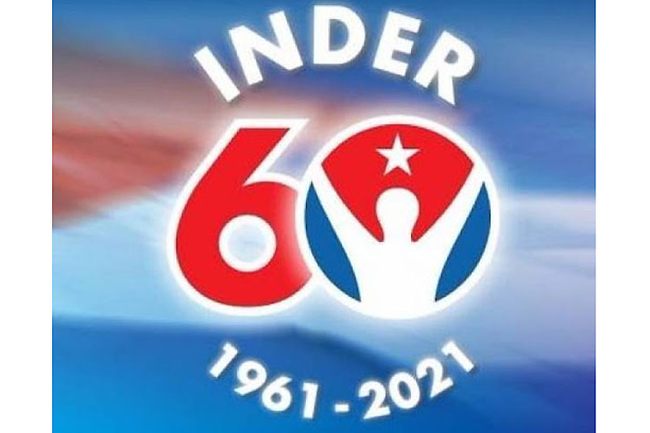 In the midst of an adverse context, the Cuban Institute of Sports ( Inder ) celebrates today the 60th anniversary of its foundation committed to raising the results and the health and quality of life of the population.

Six decades after its birth, Inder continues to be involved in its desire to establish itself as a modern, recognized, efficient institution and always under the premise of the historic leader of the Revolution, Fidel Castro, that sport is a right of the people.

This idea promoted the sports massification with strategies to promote and develop the habit of practicing physical exercise from children to the elderly and thus make the largest of the Antilles a global benchmark.

Under the guidance of Inder, Cuba climbed on the world sports scene and currently occupies the historic 16th position of the medal table in the Olympic Games, with legendary figures such as the runner, Alberto Juantorena, the boxer Teófilo Stevenson, the fighter Mijaín López, the volleyball player Mireya Luis, the baseball player Pedro Luis Lazo, among others.

Despite the atypical situation facing the nation and the world due to the impact of the Covid-19 epidemic, Inder celebrates another anniversary on Tuesday with various initiatives such as a virtual race, which enters its second day today and will conclude tomorrow.

Carlos Gattorno, director of the Marabana-Maracuba project, reiterated that people interested in participating in it can do so individually or in teams, always complying with the sanitary measures imposed to stop contagions.

In the national territory, he specified that once again young people have a lot of prominence, among them those who study at the Manuel Fajardo University of Computer Sciences and Physical Culture and Sports in Havana.

He insisted that if the participation is outside the houses, all the people must do it using the face mask correctly and respecting physical distance.

In addition to the race, the 60th Anniversary commemorative stamp will be delivered and the Inder's 60th Anniversary Virtual Gala will be held, as well as a round table, the presentation of a series of audiovisual products, an exhibition of sports publications covers and the implementation of the new identity. visual and the institution's web portal.

According to the director Rolando Almirante, Cuban television will present a testimonial series of 21 chapters, named Voluntad, motivated by the efforts of athletes and the organism over six decades, among which the former boxing coach Alcides Sagarra, the javelin player María stand out. Caridad Colón and Juantorena.

There will also be space for the memories of sports scientists, officials and other personalities.

In the case of Gala Virtual, the Tele Rebelde channel and the profiles of Inder and Jit will broadcast it to the world. (Text and photo: PL)