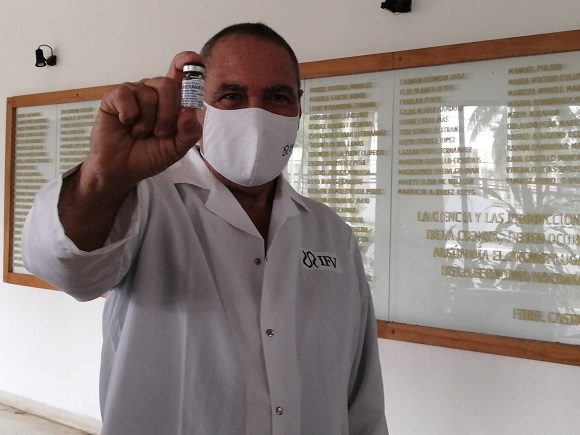 The vaccine candidates against COVID-19, Soberana 02 and Abdala, will begin phase III clinical trials on 1 March, after both immunogens demonstrated their safety without significant adverse events during the first studies in volunteers.

In a press conference on 25 February at the Center for Genetic Engineering and Biotechnology (CIGB) in Havana, the president of the BioCubaFarma Business Group, Eduardo Martínez, reported that thousands of doses have been applied during phases I and II, in which a powerful immune response was demonstrated.

"Now we are waiting for the regulatory authority of the CECMED (Centre for the State Control of Medicines, Medical Equipment and Devices) to evaluate the information that has been delivered and we are confident that we will have the approval to move towards this phase," he said.
The general director of the CIGB, Marta Ayala Ávila, highlighted that, as one progresses from one phase to another, more individuals participate in clinical studies and, therefore, there are a greater number of immunised people.

“Phase I began at the Saturnino Lora hospital in Santiago de Cuba with 132 volunteers. Two immunisation schemes were carried out: A short one, where the individual is immunized on days 0, 14 and 28, and on days 42 and 56 the immune response can be measured. In the other scheme, immunization occurs on days 0, 28 and 56, and the response is evaluated after 70 days”, she explained.

During phase II, which began on February 1 at the Santiago health centre itself, a total of 660 people were immunised.

"In the case of Abdala, all the individuals induced specific antibodies to the protein with which they were immunised, which were able to neutralise the effect of the virus on the cells," she specified and added that Cuban scientists have tried to develop a vaccine preventive in less than eight months when investigating it usually requires between 10 and 15 years.

Giving a tour of one of the CIGB plants where the antigen is currently produced –through yeast cells– of the vaccine candidate Abdala, Jorge Luis Vega summarised the immunogen production process:
"The first step is cell propagation, where the yeast cell is thawed, and then it undergoes a small volume propagation process to later enter the inoculation phase in the reactor on an industrial scale and, later, go through a purification process so that the product has the quality characteristics. From here comes the active principle for the finishing industry -Laboratorios Aica- to carry out the process of formulation and filling the tubes”.

Vega stated that “when phase III of the clinical trials is concluded, an evaluation process is carried out in which the sanitary registration of the product is approved. At the end, a verdict is issued if the product is suitable to be marketed in Cuba and, eventually, abroad”.

Sovereign 02 will be applied to 44,000 people in the next phase
In a second part of the tour, this time through the Centre for Molecular Immunology (CIM), the director of the institution, Eduardo Ojito Magaz, reported that in phase III of the clinical trials of Soberana 02, 44,000 people will be immunizsed.

At the CIM, the protein that is the raw material for producing the vaccine candidates Soberana 01 and Soberana 02 is manufactured. “Here the antigen is produced; at the Finlay Vaccine Institute (IFV) the active ingredient is generated, and then the tubes are formulated and filled at BioCen”, said Dr. Vicente Vérez, IFV's general director.

Likewise, Vérez stressed that, in addition to the phase III clinical trial, another intervention study will be carried out that "possibly will reach more than a million individuals." Both - he clarified - are carried out to verify the effectiveness with respect to the disease.
In that sense, Ojito Magaz stated:
"At this moment we are beginning to produce the first two million for the intervention exercise in provinces such as Havana, Cienfuegos, and Santiago de Cuba for April or May."

The director of the CIM pointed out that the institution can produce around two million doses per month for vaccination.

"Over a year, our productive capacities should give us around 20 to 25 million", adding that if the other reactor that the CIM has is incorporated into production, it should produce 10 million doses of vaccines per month.

And Soberana 01 and Mambisa?
Referring to the vaccine candidates Mambisa, the director of the Centre for Genetic Engineering and Biotechnology (CIGB), Marta Ayala, commented:
“We have designed a phase I / II study at the National Toxicology Centre, where the 88 volunteers are vaccinated and in whom the adverse events have been mild and of low intensity. At the moment we are evaluating the immune response of individuals”.

For his part, Dr. Vicente Vérez pointed out that in the case of Soberana 01 "its phase I of clinical trials and another study in convalescent patients ended very well, so that we must soon move towards phase II and III."

Likewise, the director of the Finlay Vaccine Institute described as "impressive" the low number of adverse events in convalescent patients, after applying a single dose of this immunogen.
“For example, with the Pfizer vaccine, 75% of those vaccinated have adverse effects, and our results say that only 20% have adverse results and are mild. That is a very relevant result”.

On the other hand, Vérez emphasised that after the vaccination, the current protection measures will have to continue to be applied until the circulation of the virus is eliminated. "So far no vaccine has conclusive efficacy results with respect to infection."

“The Cuban bet is to have very effective vaccines. In addition, they are very safe vaccines and do not have the limitation of the number of doses that can be applied. You can re-immunise at six months again, if necessary, and that is given by the level of security they have. It is a great advantage”, he concluded. 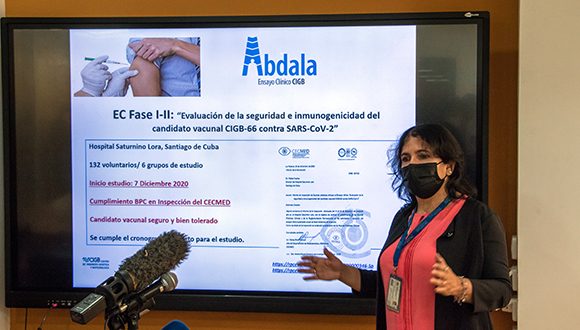 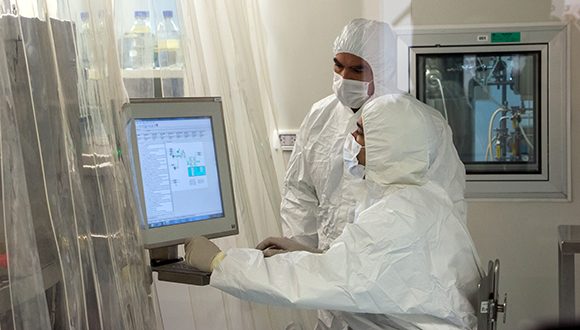 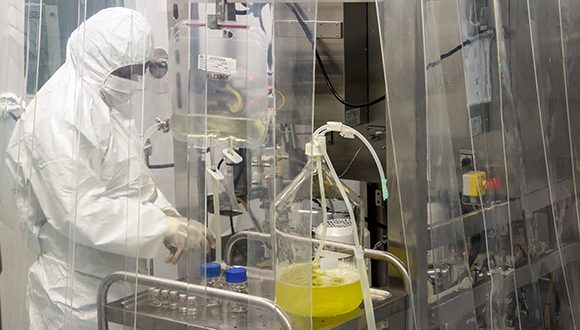