Cuban Parliament thanks EU mediation to US president 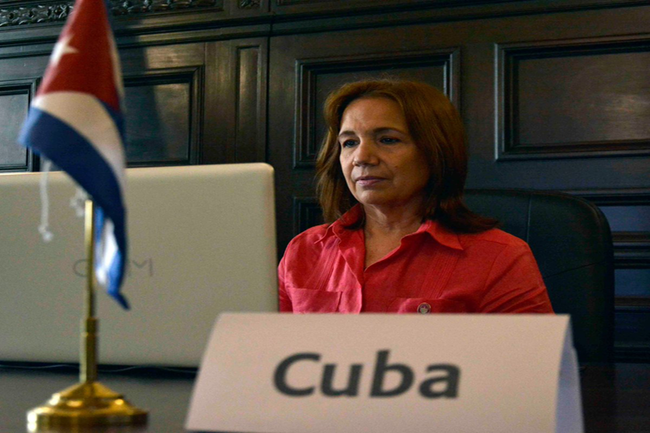 Cuba's Parliament has thanked the European Union (EU) for confirming it will ask US President Joe Biden to exclude Cuba from the list of states sponsor to terrorism.

On Twitter, Vice President of the National Assembly of People's Power (ANPP) Ana Mari Machado expressed her gratitude at the request of the Intergroup of Friendship and Solidarity with the Cuban People and the High Representative of the European Union for Foreign Affairs and Security Policy Josep Borrel´s favorable response.

'Cuba does not sponsor or promote terrorism. We nurture peace, solidarity and collaboration among peoples,' Ana Mari Machado tweeted.

Javier Moreno, president of the Spanish Socialist Delegation in the European Parliament, said that:

'Josep Borrell has responded favorably to my request, as president of the Intergroup of Friendship and Solidarity with the Cuban People in the European Parliament, for the EU to mediate with the Biden administration and remove Cuba from the list of states sponsor terrorism,' Moreno live-tweeted.

In our contacts with the new US administration, we will address this issue and ask the United States to exclude Cuba from the list, Borrell posted.