Remembering the Martyrs of Humboldt 7

Fructuoso Rodriguez, Juan Pedro Carbo, Jose Machado and Joe Westbrook were four young university students who took part in the attack on dictator Fulgencio Batista’s presidential palace on 13 March 1957. (For those who have visited Havana, this is the building which now houses the Museum of the Revolution – the bullet holes from weapons fired during the attack are still visible in the marble staircase.)

The attack famously failed, and the four students spent the next few weeks hiding out in different places in the capital until the night of 19 April 1957, when they were brought together to hide in Apartment 201 at 7 Humboldt Street in Vedado.

Tragically their location was betrayed by an acquaintance and on 20 April the police surrounded the building and raided the apartment. All four youths were gunned down in cold blood, their bodies riddled with bullets and dragged by their hair to the front of the building where they were thrown into a truck. Neighbours protested from balconies but were silenced by warning shots from the police, firing machine guns into the air.

Today the site is marked by a plaque outside 7 Humboldt to commemorate the young revolutionaries Fructuoso, Juan,Jose and Joe. Neighbours organise a memorial event each year on the anniversary of their assassination and the local school has a mural in their honour (see below).

Janet Pavone is an artist, muralist, activist and educator who studied at the School of The Museum of Fine Arts in Boston, USA. Following the Sandinista Revolution in 1979 she was inspired to travel to Nicaragua to join other international artists at the David Alfaro Siquieros Public Art School in Managua.

It was here that Janet met and formed the Boanerges Cerrato Muralist Collective, together with Cecilia Herrero from Argentina and Daniel Hopewell from Britain. Together they were commissioned to paint murals across the Central American nation and further afield.

Their first commission in Cuba was in the rural village of Caimito in 1993. The group returned five years later in 1998 after receiving an invitation from Cuban architects who were members of the Grupo para el Desarrollo Integral de la Capital (Group for the Integral Development of the Capitol), to paint a mural in Havana.

On arrival they were shown the walls of a secondary school in the Cayo Hueso neighbourhood of Central Havana by Joel Diaz, one of the architects. Like many Cuban schools, ‘Martires de Humboldt 7’ was named after martyrs who were killed fighting against the Batista regime before or during the Cuban Revolution, and the school wanted a mural to commemorate its namesakes.
Janet recalled the process: “After consulting with ex-combatientes (veterans), neighbours and Cuban artists, and doing extensive research for images of the history of the barrio (neighbourhood) and for the events of Humboldt 7, we made a design for the mural and presented it to the Ministry of Culture, the architects and the neighbours and staff of the school. The community were happy with our proposals, and together with Daniel and Celia, I painted the mural in four weeks.”

“Twenty years later, Daniel and I returned to Cuba to find the mural seriously deteriorated. We spoke to the head teacher, and to Joel Diaz, both of whom were keen for us to restore the mural to its original state. After returning home we organised an online fundraising campaign and raised the money to return to Cuba to do the work in January 2020. We also took Katy Centeno and Tania Cerrato, two painters from FUNARTE, a children’s mural workshop project we founded in Esteli, Nicaragua, in 1987.

With the support of the school, local community and Cuban cultural organisations, Janet’s team were able to restore the mural in just over three weeks. You can see the fantastic results below. 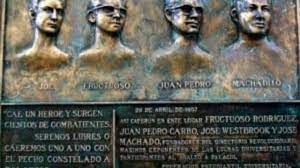 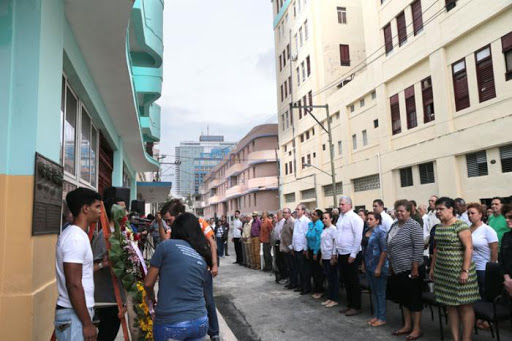 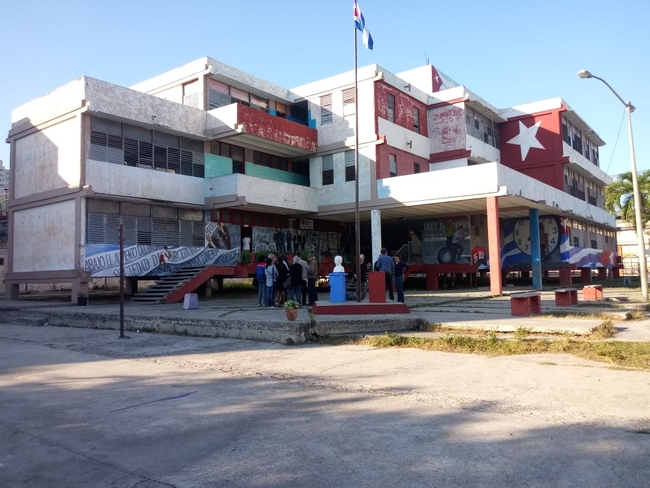 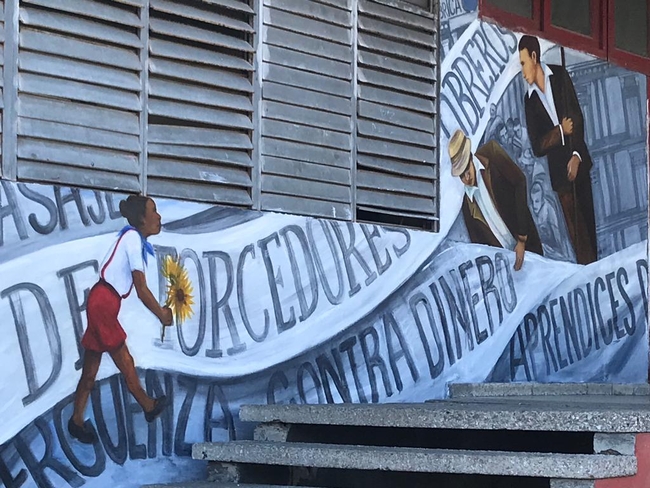 Detail from the school mural 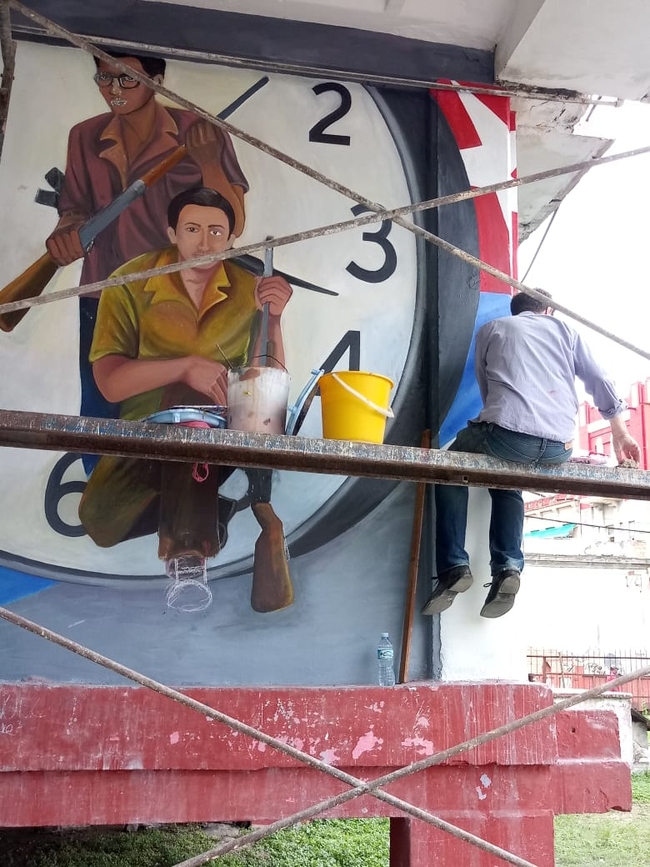