The Agrarian Reform, the first law of the Revolution 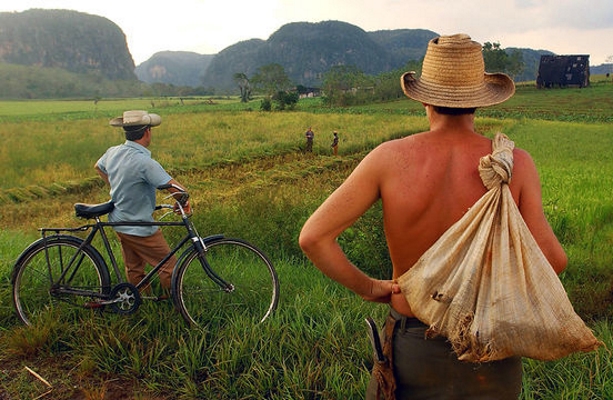 This law was the most transcendental of the Revolution's measures in its first stage, as it benefited more than one hundred thousand campesino families and liquidated the latifundismo and the imperialist dominion over our lands.

It could not be otherwise. The first law promulgated by the Cuban Revolution, on 17 May 1959, was the Agrarian Reform promised by Commander in Chief Fidel Castro Ruz in his plea during the trial for the assault on the Moncada Barracks, known as History will absolve me.

Symbolically signed 62 years ago in the Rebel Command in La Plata, Sierra Maestra, this law was the most transcendental of the Revolution's measures in its first stage, as it benefited more than one hundred thousand campesino families and liquidated the landlordism and imperialist rule over our lands.

It also annulled the right of foreign companies and individuals to own land in Cuba, except for those who were small farmers. The national and foreign landowners aligned themselves, then, with the conspiracies and aggressions against the Cuban Revolution.

This first law set the maximum amount of land that a person could own at 30 caballerias (402 hectares), and ordered the creation of the National Institute of Agrarian Reform (INRA) to apply the measures adopted, which would be chaired by the then Prime Minister Fidel Castro.
Among the justifications given by the Revolutionary Government for passing this first Agrarian Reform was the existing concentration of land ownership in a few hands, where 1.5 per cent of landowners owned more than 46 per cent of the national land area.

Arable lands were wasted on large farms, with areas used for low-yield productions, extensive livestock exploitation, and other areas totally idle or covered with marabou that had to be rescued for productive activities.

The social objective was to get the vast majority of the rural population of Cuba out of their traditional misery, to eliminate sharecropping and extensive production of large estates, and replace it with cooperative, technical and intensive production, with the advantages of production on a large scale.

Likewise, it facilitated the growth and diversification of Cuban industry, the more efficient use of its natural and human resources, and the elimination of dependence on agricultural monoculture. The emergence and extension of new crops would provide the national industry with raw materials, would raise the population's consumption capacity, the standard of living of the inhabitants of rural areas, would contribute to expanding the domestic market and would expand the lines of agricultural production destined for export as a source of foreign exchange for the necessary imports.

This date was then instituted as Campesino's Day and two years later, on 17 May 1961, the National Association of Small Farmers (ANAP) was created.

In 1963, a second Agrarian Reform law was approved that established the nationalisation, and consequently the adjudication to the Cuban State, of all rustic farms with an extension of more than sixty-seven hectares and ten areas (five caballerias of land).

Excluded from the provisions were farms that, from before the promulgation of the first Agrarian Reform, were being used incommon by several relatives, provided that the proportional part of the extension of said farms that corresponds to each family member did not exceed sixty-seven hectares and ten areas (five caballerias).

Property granted to agricultural cooperatives organised by INRA on state lands were not nationalised either. 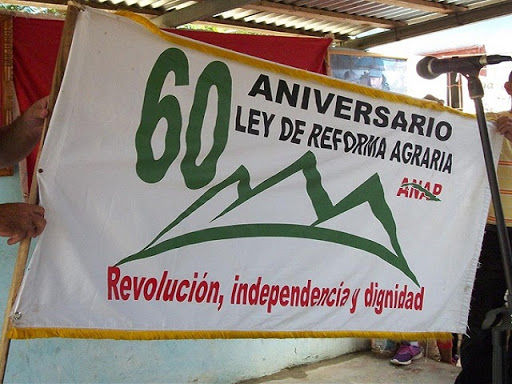 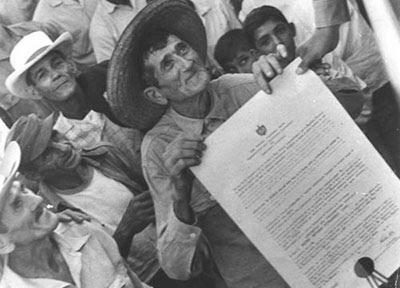 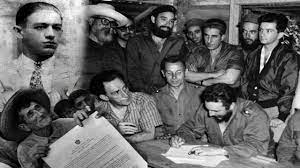 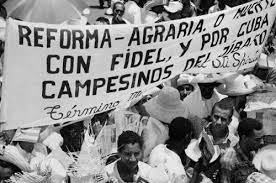