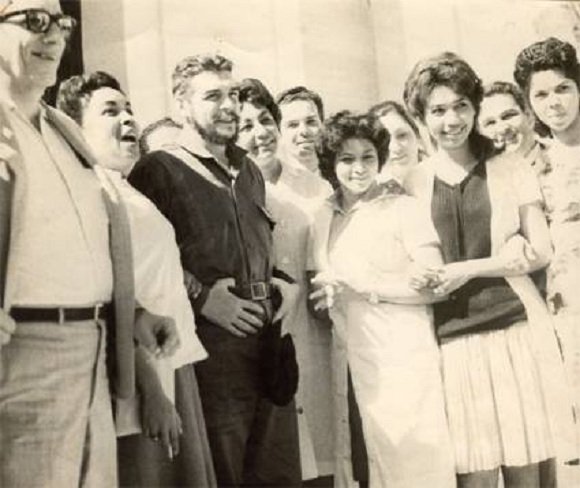 On Sunday 23 May, Cuba commemorated the 58th anniversary of the official start of medical cooperation with other countries. During this time, Cuban health workers have offered their services to 1,988 million people, equivalent to almost a third of the world's population.

Although the island's solidarity dates back to 1960, when a brigade marched to Chile to help the victims of an earthquake in the southern city of Valdivia; It was not until 1963 that Havana sent permanent professionals.The first medical mission was stationed in Algeria on 23 May 1963. Since the triumph of the Revolution, on January 1 1959, the island has maintained cooperation with nations from five continents.

Despite adversities and campaigns against health workers, the island's contribution has continued and developed, supported by a system of institutions, norms, principles and values, states a report produced by the Cuban Foreign Ministry entitled ‘Cuba, 58 Years Saving Lives for the world’.

Solidarity "is born from citizen consensus" and is fostered "from the synergy between the principles of foreign policy, international collaboration and the national health system," it states.

At the height of that month, around 30,407 workers in the sector were providing assistance in 66 nations, distributed in permanent medical brigades and others from the international contingent of Henry Reeve doctors specialized in disaster situations and serious epidemics.

So far, the Caribbean nation has sent around 57 Henry Reeve groups to contribute to the fight against the Covid-19 pandemic in 40 States and territories.
The president of Cuba, Miguel Díaz-Canel, wrote on his Twitter account: 'Where others have taken soldiers, bombs, destruction and death, our medical brigades bring care, care, medicine, health.'
Translated by Walter Lippmann for CubaNews 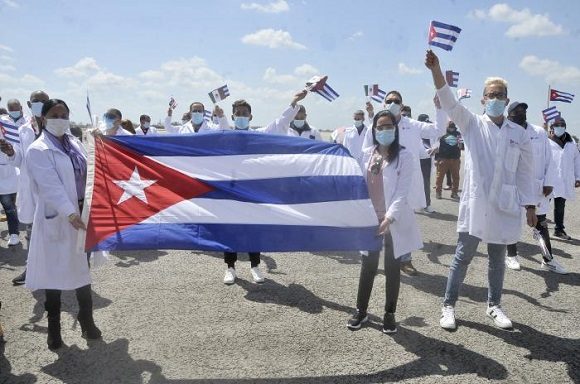 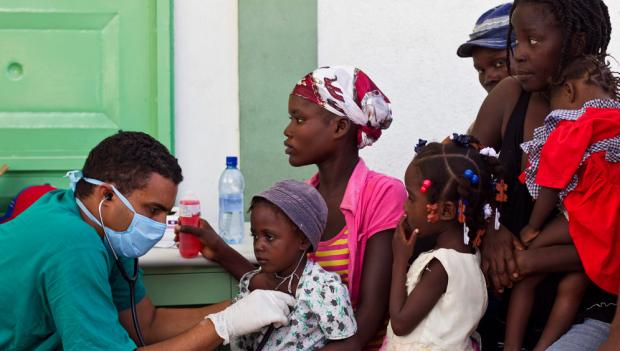