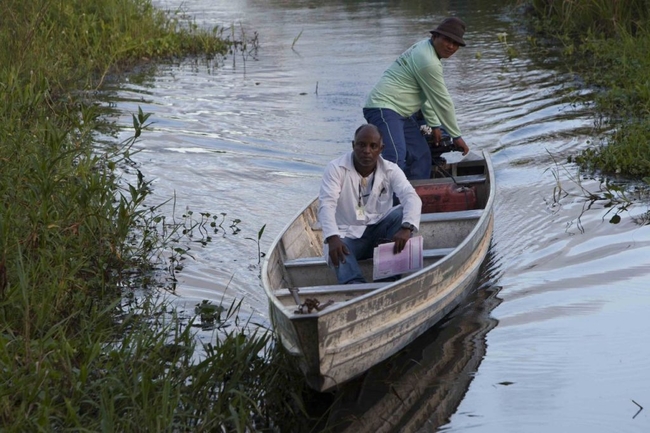 Being in places where others cannot reach and helping everyone who needs has been their mission for 58 years and the 450,000 Cuban health professionals who have defended it, who for several generations have provided medical assistance in more than 140 countries.

One of these Cubans is Dr. Javier Isbell López Salazar, a first-degree specialist in Comprehensive General Medicine, with extensive experience in international missions.

While he remained in Venezuelan territory and being a professor at the Latin American School of Medicine, he traveled to the island for several months to teach Ecuadorian students at the Sandino Medical Center, Pinar del Río, and Mexican students in Jagüey Grande, Villa Clara.

Venezuela also experienced moments of uncertainty after the death of Hugo Chávez in 2013. “They were difficult days, it was not known what would happen, there was a fear that social gains would be lost due to the opposition and there were those who threw stones at our houses. We never let our guard down and we continue with our work, always protected by the population and the supporters of the Commander”.

As coordinator of the Barrio Adentro Mission in that state, Dr. Javier contributed to changing the living conditions of an indigenous community. Thanks to the presence of the Cuban doctors, an aqueduct arrived there and dignified houses were built, since its inhabitants lived in structures of mud and dry grass with a guano roof.

“Skin diseases caused by insect bites and living together, within the homes, with horses, cows and pigs, were very frequent. We carried out health interventions, prenatal controls and talks with the indigenous people about the hygienic measures they should adopt to prevent infections. They always came to the consultations and at the end of the mission satisfactory changes in their health were noticed”, he recalled.

The experience in the land of the Liberator Simón Bolívar made Dr. Javier even more interested in natural and traditional medicine than his diploma. However, it was in Brazil where he was able to further develop his knowledge.

His adventurous and philanthropic personality forced him to say yes when he was asked to join “Mais Médicos” and his only condition was to be able to work in indigenous communities. So it was. During most of his stay in the South American giant he was with the Palikur and the Wayampi, interned in the Amazon jungle, on the border with French Guiana.

He discovered that the excessive use of antibiotics caused serious health problems for the Palikur, who abandoned their ancestral medicines to assume those of the "white man", after in the 60s a group of religious missionaries made them believe that their herbs "were witchcraft and a thing of the devil”.

Javier began to earn the respect of the church pastors, the community chief, and the midwives. By dint of perseverance and science, I managed to rescue the culture of medicinal plants. “Many told me not to try, that they were not going to change, but at three and a half years, when I returned, they used natural medicine more than chemicals.

“We made a garden with the abandoned canoes, I brought the herbs I knew and the older Palikur brought me others. This green medicine was very helpful to them after the impeachment of Dilma Rousseff, when Michel Temer eliminated aid to indigenous communities”, said the specialist.

The Cuban doctor was also concerned about separating the water for drinking and the waste, and the fact is that the inhabitants of these localities usually build bathrooms near the Uaçá and Curipi rivers and contaminate them. "We explained and helped build septic tanks, little by little the measures worked and the diseases disappeared," he said.

With respect to the Wayampi, another of the indigenous communities, López Salazar found a peculiar contrast. "They walked half-naked, hunted with bow and arrow, slept in hammocks, but they knew how to use a laptop and got dressed to go to town," he said. He also carried out prophylactic, educational and physical and mental health work with them, which led to a higher quality of life.

Upon arrival in Cuba, many responsibilities were assumed until 2020 and the arrival of the COVID-19 pandemic. After sending brigades abroad, he spent five months in the state of Veracruz, Mexico, and four in its capital, of this time he keeps sad and gratifying memories.

He recalled that upon his arrival in Aztec lands he found a country with high numbers of deaths, sick people who queued outside the hospitals in case someone died occupying their bed and colleagues who at the beginning rejected them, because they thought they would lose their job with the presence of the Cubans. That changed when they met us and we formed a good team, he acknowledged.

At the Hospital of the Secretariat of National Defense, he became a mentor to the doctors and nurses who worked at the institution, most of them did not have five years of graduates. "They cried a lot when they found out that we were leaving and they also thanked us for the experience, as did the population," he said.

Today, the doctor is one of the health professionals who participate in the health intervention with Cuban vaccine candidates. From one of the vaccinations installed in the “Tony Santiago” Basic Secondary School, in the capital city of Guanabacoa, Javier is aware that there are many projects that await him within Cuban medical care and international cooperation.

More than eight million lives have been saved and some 2.46 million people have received the services of the Cuban medical collaboration as of May 23, 1963 when Cuba sent the first medical brigade to the Republic of Algeria.

Dr. Jorge Delgado Bustillo, director of the Central Unit for Medical Cooperation (UCCM), regarding the 58th anniversary of Cuban medical collaboration, pointed out that during all these years the principles of voluntariness, humanism and sharing what we have prevailed.

He recalled that at the triumph of the Revolution, around half of the doctors that existed in the country emigrated to the United States and other countries, and still, the Island offered help to Algeria, a country that had achieved its independence from French colonialism.

Likewise, in the sixties collaboration was established with several African nations and by the seventies it was increasing. It is currently maintained in 63 countries with 28 thousand 705 collaborators, where the Special Mission Venezuela stands out with more than 20 thousand cooperators, he said.

The Cuban epidemiologist also mentioned that 37 percent of the professionals are doctors and the rest, nurses, health technologists, administrative and auxiliary personnel.

Among the statistics offered by the manager, with 23 years of experience in medical collaboration, he highlighted the more than 14 million surgeries performed and the attendance at the birth of four million 570 thousand children.

In addition, it recognized the creation of the International Contingent of Doctors Specialized in Situations of Disasters and Serious Epidemics "Henry Reeve", on September 19, 2005, by the Commander in Chief, Fidel Castro, in the face of Hurricane Katrina in the south of the USA.

The aid was not accepted, but the medical force was constituted and on October 8 of that year more than 680 collaborators went to Guatemala due to floods. Six days later, the first collaborators left for Pakistan, for a total of 2,564, who were distributed in 32 field hospitals to help the victims of a powerful earthquake.

Another significant mission was Haiti, after the earthquake of January 12, 2010 and 10 months later when the cholera outbreak; The presence in Sierra Leone, Guinea Conakry and Liberia during the Ebola epidemic also deserved global recognition.

Delgado Bustillo, who was an advisor to the Pan American Health Organization in several countries, head of medical missions and founder of the Contingent, recognized the work of the aid workers in the confrontation with COVID-19 with the formation of 57 brigades that reached 40 countries.

This selfless and humanistic performance has led to the Henry Reeve Contingent being nominated from all over the world for the Nobel Peace Prize (2021) and for this reason he received the Excellence 2020 Prize, awarded by the Excelencias Group every year during the International Fair. of Tourism of Madrid.

To commemorate the 58th anniversary, outstanding collaborators were recognized throughout the country and the Ministry of Public Health summoned users of social networks to join a tweet today to share the experiences of our Army in White Robes in these years of Cuban solidarity.

The Minister of Public Health of Cuba, Dr. José Angel Portal Miranda, joins the congratulations on the 58th Anniversary of the Cuban Medical Collaboration. 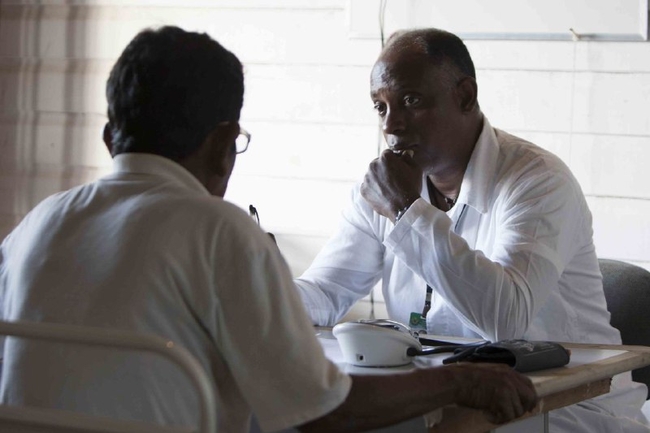 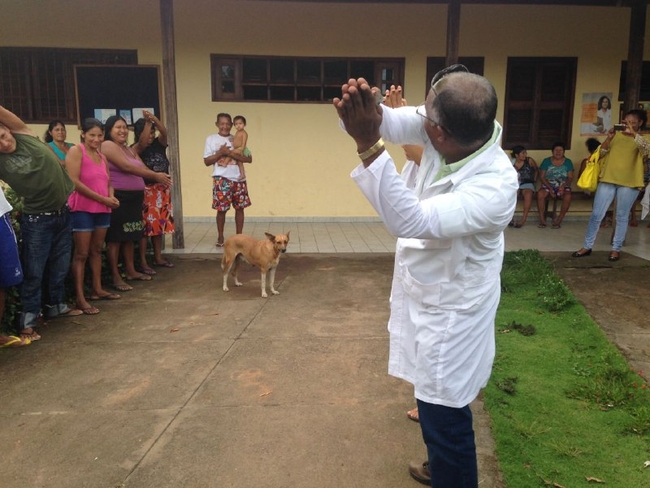 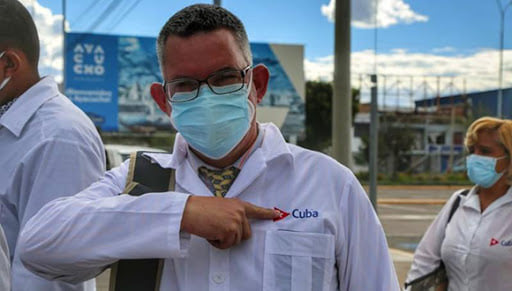