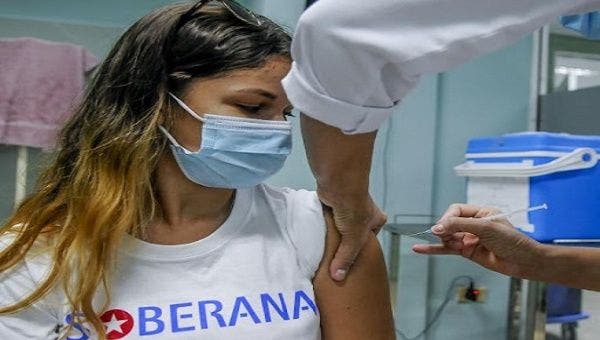 Cuba is the first country in the world to immunise children over two-years-old against coronavirus.

As of 5 September it also became the country with the highest daily number of COVID-19 vaccines administered per 100 inhabitants, according to the Oxford University's "Our World in Data."

“This data shows the feats of our immunization campaign whereby 5,119,956 doses of the locally produced Abdala, Sovereign 02, or Sovereign Plus vaccines have been administrated to the population,” said Ileana Morales, the director of Science & Technological Innovation at the Cuban Health Ministry (MINSAP). 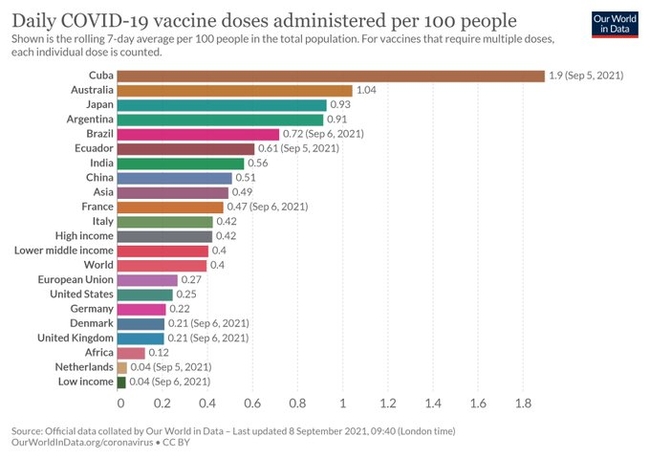 In March, the Finlay Vaccine Institute (IFV) and the Center of Genetic Engineering and Biotechnology (CIGB) conducted an intervention study in risk groups in Havana, Santiago de Cuba, Granma, and Guantanamo provinces to verify the effectiveness of the Abdala and Sovereign 02 vaccines, which had proven to have an efficacy rate of over 90 percent in clinical trials.

Thanks to this study, 452,392 vaccine doses were administered to people with non-communicable chronic diseases, BioCubaFarma workers, health professionals, and medical science students.

On July 9, the Center for State Control of Medicines, Equipment, and Medical Devices (CECMED) approved the emergency use of the Abdala vaccine after testing its retroactivity and effectiveness. Weeks later, it granted the same authorization to Sovereign 02 and Sovereign Plus vaccines.

Cuba began mass vaccinate adult citizens on July 29, and started vaccinating its pediatric population in September, becoming the first country in the world to immunize over-two-year-old children against coronavirus.

Following the progress of the vaccination campaign, schools would resume face-to-face classes, and authorities will gradually re-open this country’s borders to tourists from Nov. 15, when 92,6 percent of the population is likely to be fully immunized against COVID-19.

Currently, the only population groups that are not being immunized are oncological patients who did not receive endorsement from their specialist doctor and people allergic to thimerosal, which is an active component of the three vaccines.