Americans in UK protest US Blockade of Cuba 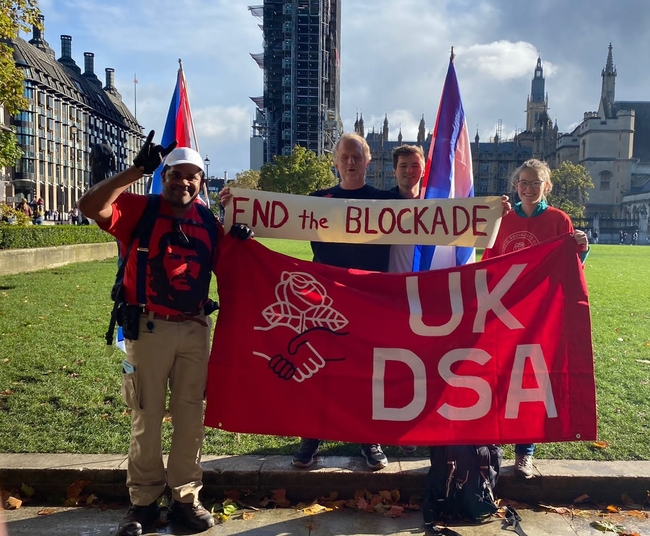 A determined group of American citizens in the UK made a protest walk
through London as part of their ongoing campaign against their Governments
policies on Cuba. The UK group, part of Democratic Socialists of America (the largest socialist organization in the United States), handed out hundreds of leaflets condemning the US blockade and collected donations towards their sponsored walk. They raised £640.00 in total which
went to the Cuba Solidarity Campaigns emergency Covid-19 appeal for Cuba.

“We got a great response from people along the route who saw our Cuban flags
and took the leaflets. They were interested to hear us, as American
citizens, explain our opposition to our own Governments policies on Cuba” 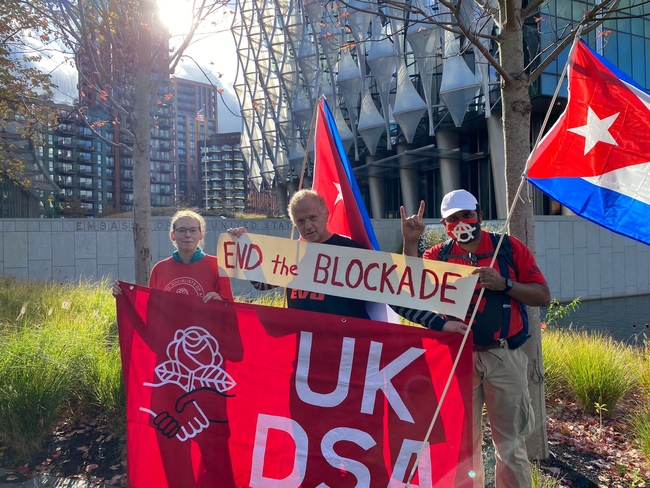