The Second Declaration of Havana 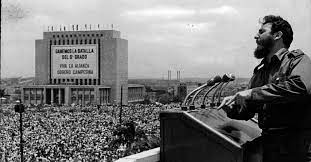 At the beginning of 1962, US political aggression against Cuba knew no limits and far exceeded actions taken by the CIA and the US administration during the coups d’etat against the nationalist governments of Iran in 1953 and Guatemala in 1954.

This time, the heads of Yankee central intelligence (the CIA) and the Pentagon, embittered over their total defeat at the Bay of Pigs, in April 1961, thought up a strategy for US armed forces to directly attack the Island, together with representatives of puppet Latin American armies.

A significant development to justify the attack was Cuba’s expulsion from the Organization of American States (OAS) during a meeting that took place in Punta del Este, Uruguay. At this meeting, with the sole exception of Mexico, every single Latin American country broke off diplomatic relations with the revolutionary government.

This fact and the general climate that presaged the attack, drove Fidel Castro, the Leader of the Revolution, to declare on 4 February 1962, the Second Declaration of Havana, approved unanimously by the People’s General Assembly that had assembled in Plaza de la Revolución José Martí.

On this occasion, Fidel denounced these plans, reaffirmed his decision to resist the imperialist attack and delivered a historical analysis of the revolutionary situation on the continent and the imperialist exploitation that had endured. For almost a century, the Latin American governments had cowered in submission to Washington’s interests.

One part strikes out:
"We will resist on every single battle site: we will resist on the economic battleground, we will persist in advancing on the cultural front (...) Our Fatherland is not toiling away for today. Rather, our Fatherland sweats for tomorrow. And this will be a tomorrow, overflowing with promises that nobody will be able to snatch away from us; no one will be able to deny us it, because with our people’s pietas, we are going to win it; through our people’s bravery and heroism, we are going to conquer.”

The Second Declaration of Havana aroused support from the people of Latin America and was an inspiration for the revolutionary processes across the entire continent. And this consolidated in a political and moral victory for Cuba against the whole world. [What’s more], it served as a warning
to the White House: if it attacked the island, it would be faced with a trump card: the active opposition of the peoples against the puppet governments in the surrounding lands.

In this respect, the Cuban Leader said that the poor would rise up like of
wave of "fibrilating rancour, justice demanded and rights that had been trampled. A wave that is beginning to surge throughout the lands of Latin America”.

Fidel ended with words repeated years later by Ernesto Guevara at the UN: “Because this great humanity has said “enough’s enough!” and has awoken. Because this march of giants will not stop until it has won true independence; because they have died more than once in vain. Today, in any event, those that may die, will die like those in Cuba, those at the Bay of Pigs. They will die for a single, genuine independence that can never be given up!"

The Second Declaration of Havana heralded an entire initial phase of resistance and victory for the Cuban Revolution, still a newborn, and for the revolutionary heroic acts of Latin America during the 1960s. This revolution found its greatest expression in the guerrilla, Che, in Bolivia.
Such heroic acts sowed the seed of processes - anti-imperialism and revolutionary in kind - that are currently taking place in the region; that, today in Venezuela, Ecuador and Bolivia, are fighting against imperialist aggression, which with just as much anger, is trying to topple them.

Read the full text of the Second Declaration of Havana 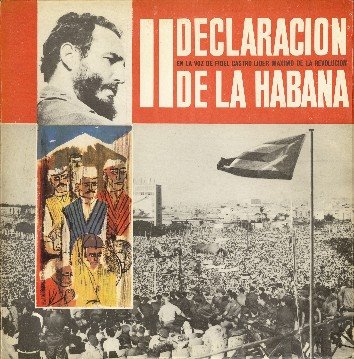