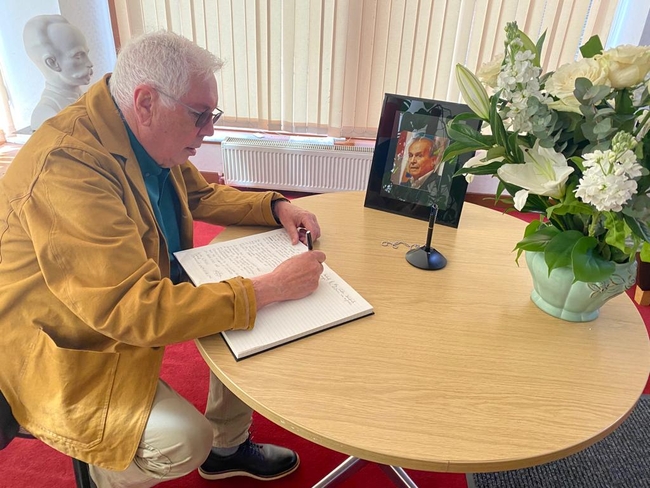 CSC National Secretary Bernard Regan recently signed the book of condolences at the Cuban Embassy which was opened to mark the passing of Ricardo Alarcón de Quesada. The Cuban diplomat who spent many years as Cuba's permanent representative to the United Nations and also a President of the Cuban National Assembly died on 30 April aged 84.

On behalf of the Cuba Soldiarity Campaign in Britain we express our profound sadness on hearing of the loss of our comrade and friend Ricardo Alarcón de Quesada.

We salute his work as a leader of the National Assembly for many years and as a diplomat of revolutionary Cuba at the United Nations. We worked with him in the campaign to achieve the Freedom of the Five Heroes known in Britain as the 'Miami 5'. We benefited from his wisdom and support in the efforts we made to support the liberation of the Five which was successful.

His memory will live on in the revolutionary endeavours of the Cuban people which are a beacon in a world of exploitation. 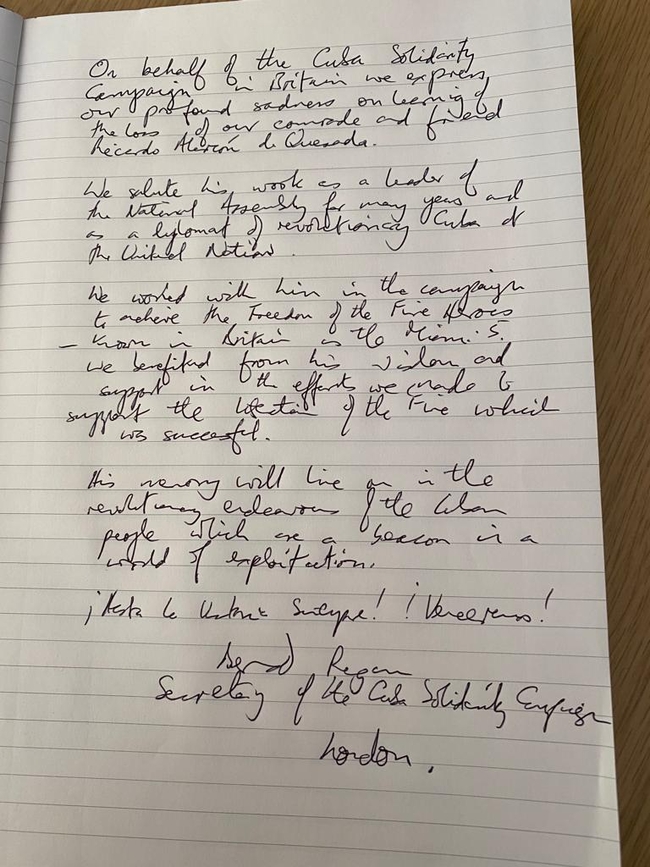