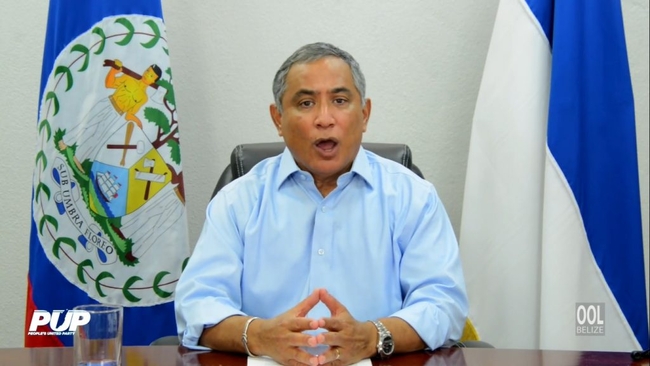 In his speech during the first plenary session and in front of U.S. President Joe Biden, Briceño said, "the summit belongs to all the Americas."

"It is incomprehensible that we isolate countries of the Americas that have provided strong leadership and have contributed in the hemisphere on critical issues of our times," he stressed.

He stressed that "Cuba has provided constant cooperation in health to two-thirds of the countries in this hemisphere, including Belize."

"The illegal blockade against Cuba is an affront against humanity. The time has come, Mr. President, to lift the blockade," he added, addressing Biden, standing a few meters away.

As for Venezuela, the Belizean prime minister said that the country "has done much for energy security in the Caribbean region," and its absence from the summit is "unforgivable."

"The Summit of the Americas should have been inclusive. Geography and not politics define the Americas," he asserted in his tough speech.

The countries of the Caribbean Community (Caricom), currently led by Briceño, hesitated until the last moment whether to boycott the summit in protest of the absences of Cuba and Venezuela.

Finally, some countries such as Belize, Jamaica, Barbados, Trinidad and Tobago, Suriname and Guyana decided to attend, while other Caricom members are not participating.

In his speech, Briceño urged a commitment to "build an America with social justice" and said that "a turning point" had been reached on many issues.

Among them, he cited the vulnerability of Caribbean countries to climate change, debt crises and vaccination against covid-19.

The Prime Minister of Belize called for the IX Summit of the Americas, which runs until Friday in Los Angeles, to have positive results: "With firm commitments, we can move forward."