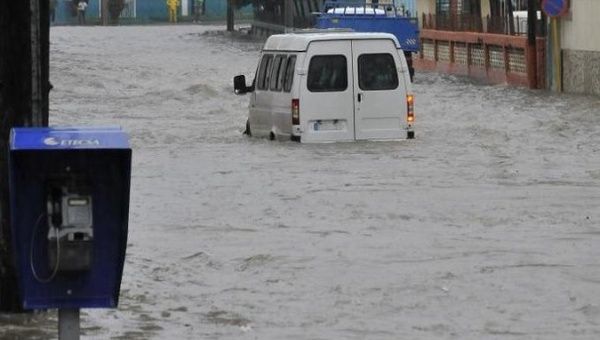 Floods Force Evacuation of Thousands of Cubans in Matanzas

Matanzas Governor Sabines said authorities took advantage of the daylight hours to evacuate the residents because it was risky to wait for the reservoirs to fill up more.

On Tuesday, over 2,300 inhabitants of the municipalities of Colon and Marti in Matanzas province were evacuated due to flooding caused by persistent rains.

The Provincial Defense Council president Suselys Morfa urged not to trust in the hydrometeorological situation and immediately protect people in places prone to flooding. She also explained that the water table is saturated after several days of rainfall and that the flat territory of Matanzas receives the runoff caused by the rains that fell in the provinces of Villa Clara and Cienfuegos.

Matanzas Governor Mario Sabines said that authorities took advantage of the daylight hours to evacuate the residents because it was risky to wait for the reservoirs to fill up even more.

The rains were intense in the municipalities of Colon and Jovellanos. As a result of this and the runoff, three reservoirs are being relieved.

On Tuesday, the Cuban Institute of Meteorology predicted that a large part of the Cuban archipelago will remain cloudy with showers, rains and thunderstorms from Pinar del Rio to Villa Clara and Cienfuegos.

Last week, Cuba was under the effects of a low pressure system left over from Hurricane Agatha, which hit the Mexican state of Oaxaca on May 30.

Although the system moved through the Caribbean Sea in a northeasterly direction, moved away from Cuba and continued towards Bermuda as Tropical Storm Álex, rain-laden cloud bands continue to cross over the country and cause abundant rain.
(TeleSur report)